Showing posts from 2011
Show all 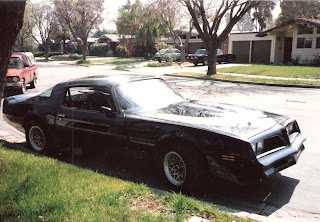 It’s time to look back at what transpired in 2011. While returning to living full time in Boulder, CO, was definitely the highlight of 2011, when it came to adventures on the track and the fun we had behind the wheel, unfortunately, the needle was firmly planted in the other direction. The year 2011 had to have been the worst of years. But then again, if learning to drive quickly and safely on a race track was easy to do, America’s many road circuits would be full of participants every weekend! The picture above is of the 70’s era Pontiac Trans-Am I purchased for US$2,000 shortly after arriving in America. For the third time! Yes, I had spent several months in 1977 living in Dallas, Texas, where I rented a Pontiac Grand Prix for the duration of my stay, and when I returned in 1986 I had bought a used Pontiac Grand Prix for US$2,000 that I kept for all of that year. If I am residing in America, it would seem then, there will be a GM car in the driveway. And yet, I still harbored f
Post a Comment
Read more

Dalmatians, and other dog tales … 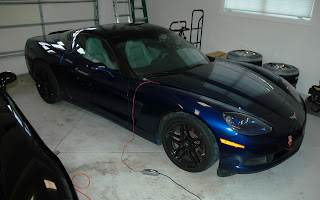 There’s no escaping the fact that with the early onset of winter this year there’s little opportunity for any further track time. The blue Corvette is ready to go – new suspension, new alignment and ride height, and with the track-ready wheels and tires mounted. Each time I walk past the car that is sitting rather forlornly in the garage it is a reminder of how much I miss track weekends and just how good the Vette really is – yes, close on 65,000 miles with all by 20,000 running the forced-induction (FI) set up and with some twenty five track weekends under its wheels! And the picture above is of the car laying idle, but hooked to its faithful battery charger, waiting for the seasons to change. Keeping it company, and just as likely to be spelled from any further track driving duties is the Viper; every bit as reluctant to test step outside with snow on the ground! Our home track, High Plains Raceway, is also out of action but less so due to early snow falls. The track is undergo
1 comment
Read more 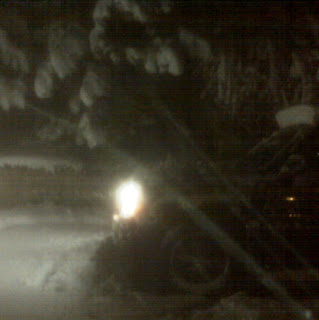 Even as I harbored thoughts about of perhaps one more track day, I awoke this morning to snow. Lots of it! Everywhere I looked there was snow piled high; the picture above was what I was treated to as I opened the garage door and made my way out the few feet to the Caddy Escalade. Having spent the past four years commuting between Boulder, Colorado, and Simi Valley, California, I had managed to be in California for most of the past four winters, and so it was quite a rude awakening. And did I mention it was cold, too? Yesterday temperatures had hovered around 80 degrees, but this morning it was some fifty degrees lower! The Escalade now has to fend for itself, outside, in whatever weather visits us, as all four garage spaces are now occupied. The reality of returning to Boulder meant that we now have four cars in addition to the two motorcycles, in addition to the Escalade, and so I am just waiting for the day my neighbors remind me that the rules of our little community disallow an
Post a Comment
Read more

Eating my own dust! 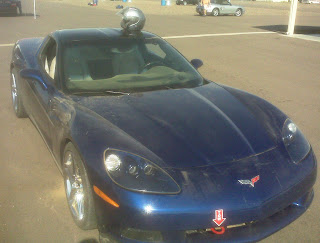 The opportunity to return to High Plains Raceway (HPR) outside Byers, Colorado, and about 50 miles east of Denver gave me the chance to return early to the scene of what was a pretty dreadful weekend last time out. While the company had been terrific, and the weather perfect last time at this track, I let myself down when it came time to put my experience to the test and so I was anxious to take another look at the circuit. Memories were still vividly painted in my memory and I really wanted to demonstrate some degree of improvement, even if it was just for me. The picture above is of the Corvette covered in dirt and weeds following a big off in the second session of the day – an ominous start to the day. I had elected to return to the circuit on one of the track’s open lapping days, and it being a Friday there were only a small number of participants. The track would be free to exploit for eight hours and so my plan was to run four sessions before lunch – three each of about 20 t
Post a Comment
Read more

Trackin' round the Rockies! 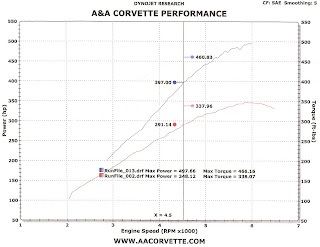 Now there’s no need to plan for the trip back to Boulder - after nearly five years of commuting to Omaha, Nebraska, and then Simi Valley, California, the wheel has finally stopped spinning and we are able to treat our house in Boulder truly as our home. Yes, the garages are full as we went about consolidating what was spread across multiple locations, and while I had done my best to join Margo as often as I could at her townhome in Simi Valley, neither of us ever felt really at home there. As for the blue Vette, number 116, we finally were able to enjoy it once again. In the last post, “We need (more) new pumps!” the team at Rocky Mountain Competitive Research (RMCR) determined that our fuel pump was on its last legs and simply couldn’t keep up as revs rose, so a replacement pump was ordered and this time it would be the fuel pump normally reserved for the C6 Z06. When I was advised of its arrival I took the Vette once more to Colorado Springs. What a difference! So, where do we
Post a Comment
Read more 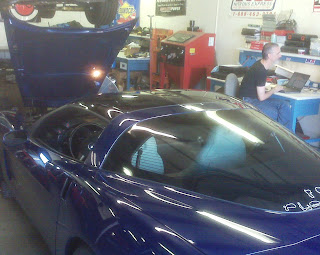 The drive to Colorado Springs is now becoming a routine event for Margo and I, and from Boulder it’s just over 100 miles. Each way! More trips than I had anticipated, of course, but then there are some early signs that progress’ being made. The photo above is of the ‘Vette on the dyno at Rocky Mountain Competitive Research (RMCR), generating some new numbers for us to check out. So much has happened since the last post that it’s hard to know where to start. Readers may recall however that we had taken the nearly mortally-wounded C6 Corvette Coupe to A&A Corvette Performance, following a rather traumatic incident while on track at Spring Mountain Motorsport Ranch (SMMR), just west of Las Vegas, Nevada. A simple puff of whitish smoke was all that was required to see me heading for the pit lane and as I approached my parking space, I dropped oil everywhere. The friendly GM mechanics at SMMR, normally assigned to maintaining the Corvettes of the Ron Fellows Corvette performance
1 comment
Read more

No respite on Spring Mountain ... 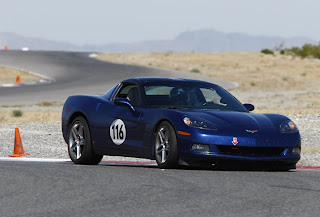 Well, if it wasn’t that darn snow again! Yes, it’s the middle of May when every other sign screams spring and yet the weather map suggests winter isn’t about to let up anytime soon. The mountain passes high up in the Rockies were still wrestling with the icy fingers of winter and, apparently, failing to regain control. There would be no way to safely traverse the continental divide in our Corvette. Interstate 70 would be a no go. We had committed ourselves to a tight schedule as I had business to attend to on the west coast, but prudence overruled and we headed south on Interstate 25. I had thought about renting a trailer and towing the Vette behind the Escalade SUV, as we had done so often last year, but the trip would be long and the Vette would pass as an adequate touring car. Not the first time we had driven to a weekend track day and not the first time we had to be watchful of the weather. Fortunately even though the snow began to fall in the early morning hours, Interst
Post a Comment
Read more
More posts