Showing posts from November, 2019
Show all

Trying times on the road to Burlingame, California! 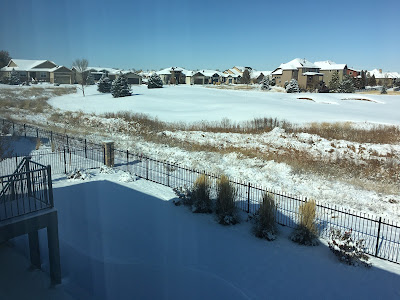 It didn’t come as a surprise, but when our third snowstorm of the season bore down on us it was the third such event for the month of October. Thi latest snowstorm followed the absence of any snow in September which was a little out of the ordinary. However, plans had been in place for Margo and me to drive back to the Bay Area to attend a symposium and the sight of snow falling a matter of days before we planned to depart was a little unnerving to say the least – what would it be like up in the mountain passes that stood between us and sunny California? As we had only just returned from our week long trip to Washington DC, it would also represent an opportunity to sample both coasts of America even as it meant adding five thousand plus miles to our cars’ odometers. All the same, it meant not just a change of clothes but a change of vehicles. We enjoyed the time spent in the all-wheel drive Jaguar F Type, but for this trip we opted for the Range Rover. Though we had to be judic
Post a Comment
Read more
More posts