Showing posts from December, 2016
Show all

This year’s last crossing of the great divide … 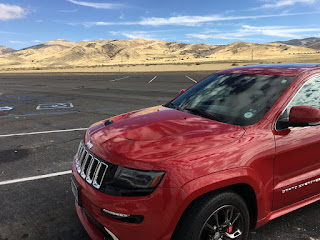 It was quite a quandary as we were getting ready to head back to northern California. We were to spend a week in the Bay area, first in San Jose and then, later in the week, Palo Alto. This is a trip that has become a regular occurrence for us as the major HPE event focused on NonStop systems (formerly Tandem Computers) takes place in November of each year. Restarted after a brief hiatus, this event has grown and it seemed it would set another attendance record yet again. Should we drive our BMW i8 and save money on gas or should we take the Jeep and be better prepared for whatever Mother Nature throws at us? This time last year we had run headlong into a winter blizzard as we left Reno, Nevada, and headed into California. The forecast had looked reasonable – a snow front was moving into the Sierras west of Truckee, suggesting that Donner Pass would be problematic but we had just replaced all four of our all season tires on the Jeep with a fresh set and while not really a “sticker
Post a Comment
Read more
More posts