Smile everyone! And yes, it’s good to have a hobby … 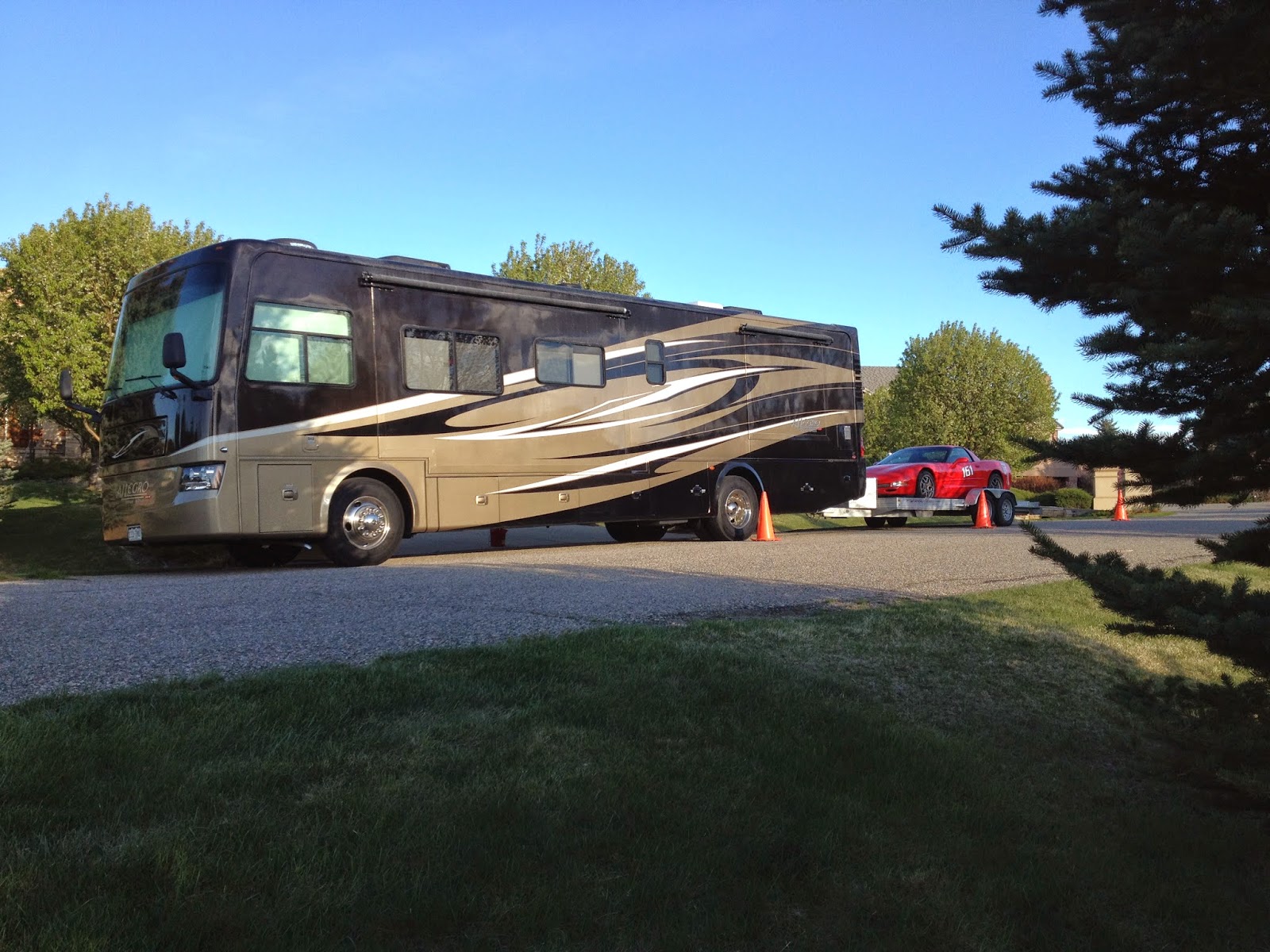 There are few words in our household that generate more negative press then when I suggest I have a hobby! That’s right, should I even suggest pursuing something that I could call a hobby, then it’s lights out. The problem isn’t so much the particular interest or pursuit so much as it’s the costs involved. My passion for taking cars to the track, for instance, has evolved to the point where to even my misguided sense of right or wrong, something has to give, so yes, this year, there will not be as many events on the track calendar as in previous years.

Imagine then my surprise when I begin flipping the pages of one of my favorite motoring magazines – Vette. In the editorial of the July 2014 issue Steven Rupp introduces himself firstly as “not new to the automotive hobby” and then compounds his obvious mistake when he adds, “Which brings me to my philosophy on our hobby (or lifestyle if you want to use the hipper terminology): it’s about having fun and driving.” Lifestyle, eh? Hipper terminology? Now there’s the clue – I’m not passionate about my hobby … I’m just enjoying a lifestyle choice! Sounds good, but I’m still not sure if it will fly with the family; will have to test it out a little later and let you all know.

The point is, however, that as much as I would like to take up golf, or indeed revisit my sailing days (let alone playing rugby ever again), the doors open to me are few, and for the most part, boring. So, I like to drive cars on tracks and it is with a great deal of satisfaction, so too does Margo. What spoils it all is that even as we enjoy our encore careers, old father time is counting down the hours and well, you know, the piggy bank only holds so many coins and there’s no faster way to empty old piggy than to go racing! 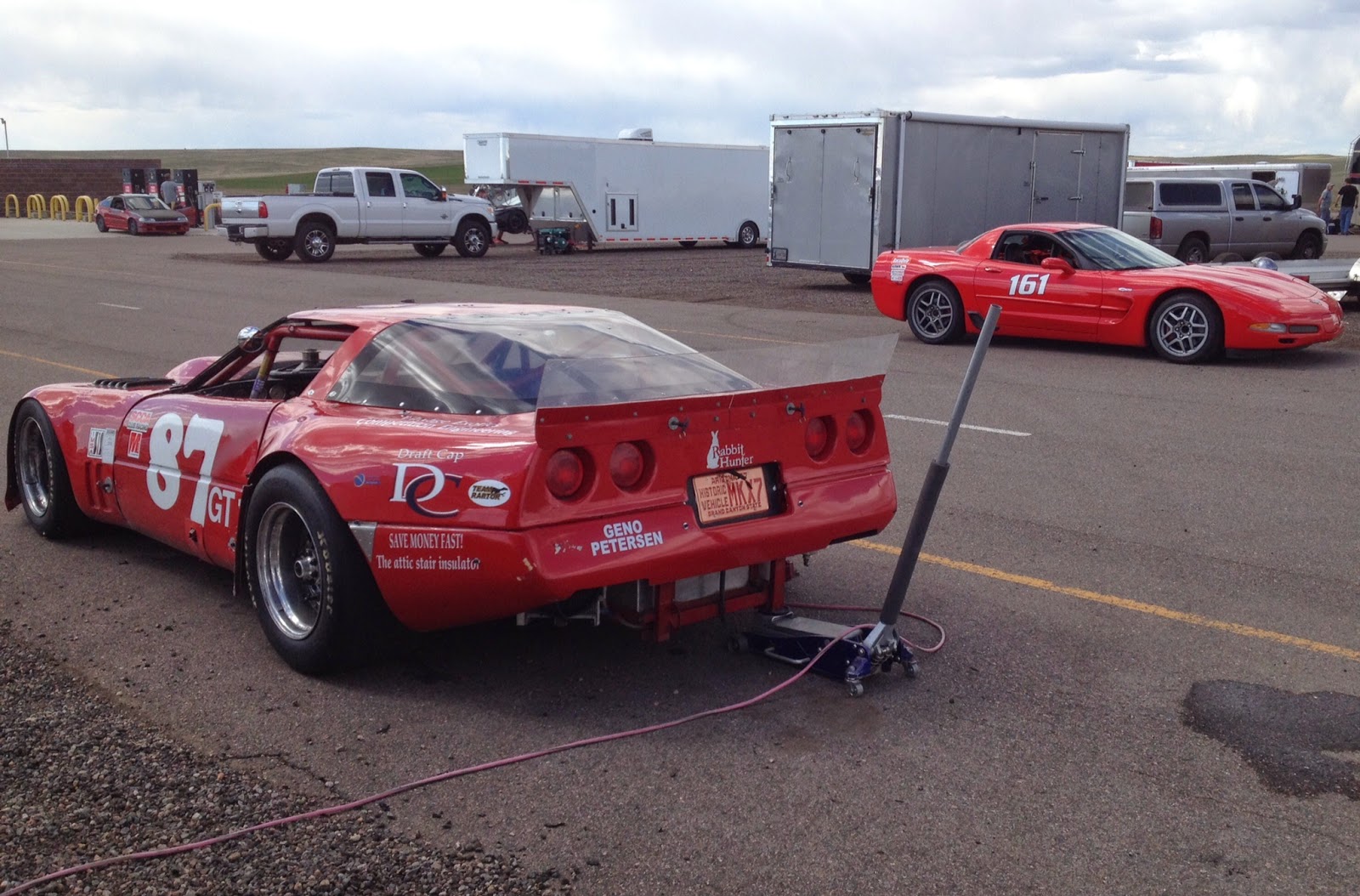 Well, to be brutally honest, while we hang out with a bunch of like-minded folks what Margo and I pursue is a far cry from true racing. Those itty bitty trophies handed out to a select few champions each weekend are not for us. As our longtime nemesis, John Matthew of NASA SoCal would say, “We are here trackside today to go fast, drive safe, and have fun. Most of all (and it requires little reinforcement), none of us are racers – that’s a discipline reserved for those fortunate enough to spend enormous sums of money on cars as fragile as soufflé, all for a small decal (that is later applied to the car) and perhaps a trophy. Return on investment? Almost zero – but come each month to race, they surely do!

No, for the likes of Margo and me, it’s all about the opportunity to free our minds from thoughts flooding in from the daily grind – without a release that we have in pursuing our hobby, we would likely experience very little enjoyable downtime. As Vette editor, Rupp, reminded every reader, “In my book, if you’re behind the wheel wearing a smile, then you’re doing it right!” And with that we can agree – as the month ended, we were back once again at High Plains Raceway outside Byers, Colorado, for an open lapping day and as fortune would have it, that Friday was also free practice sessions for an upcoming weekend SCCA event, and the intensity on track was palpable.

Unfortunately, Margo was unable to get either behind the wheel or into the passenger seat as her back and nerve issues had escalated. After a period of physical therapy (following shots directly into her lower spine), it looks like it’s going to take surgery to rectify. As for me, while not on the same scale, I was recovering from damaged rotator cuff tendons and after being similarly injected – this time, just cortisone – I was getting some relief from the pain and so driving seemed like a good idea. Three thirty minute sessions, at the top of each hour, and I would soon be back into the swing of things. After all, it was Rupp who eulogized about the value of being back behind the wheel, wearing a smile!

So how did it all turn out? The honest truth is that I was rusty and a little out of form during the first session but I managed to avoid hitting anyone or anything and brought the Vette safely back into the paddock. But what a rush – after a considerable time off, the muscle memory kicked in and I quickly found my rhythm and was able to more than hold my own with the middle order. At one point during the thirty minute on track I was able to put a lap on a less fortunate driver behind the wheel of an aging BMW 320i. And that, to say it mildly, was immensely satisfying – those SCCA lads treat every session so seriously! 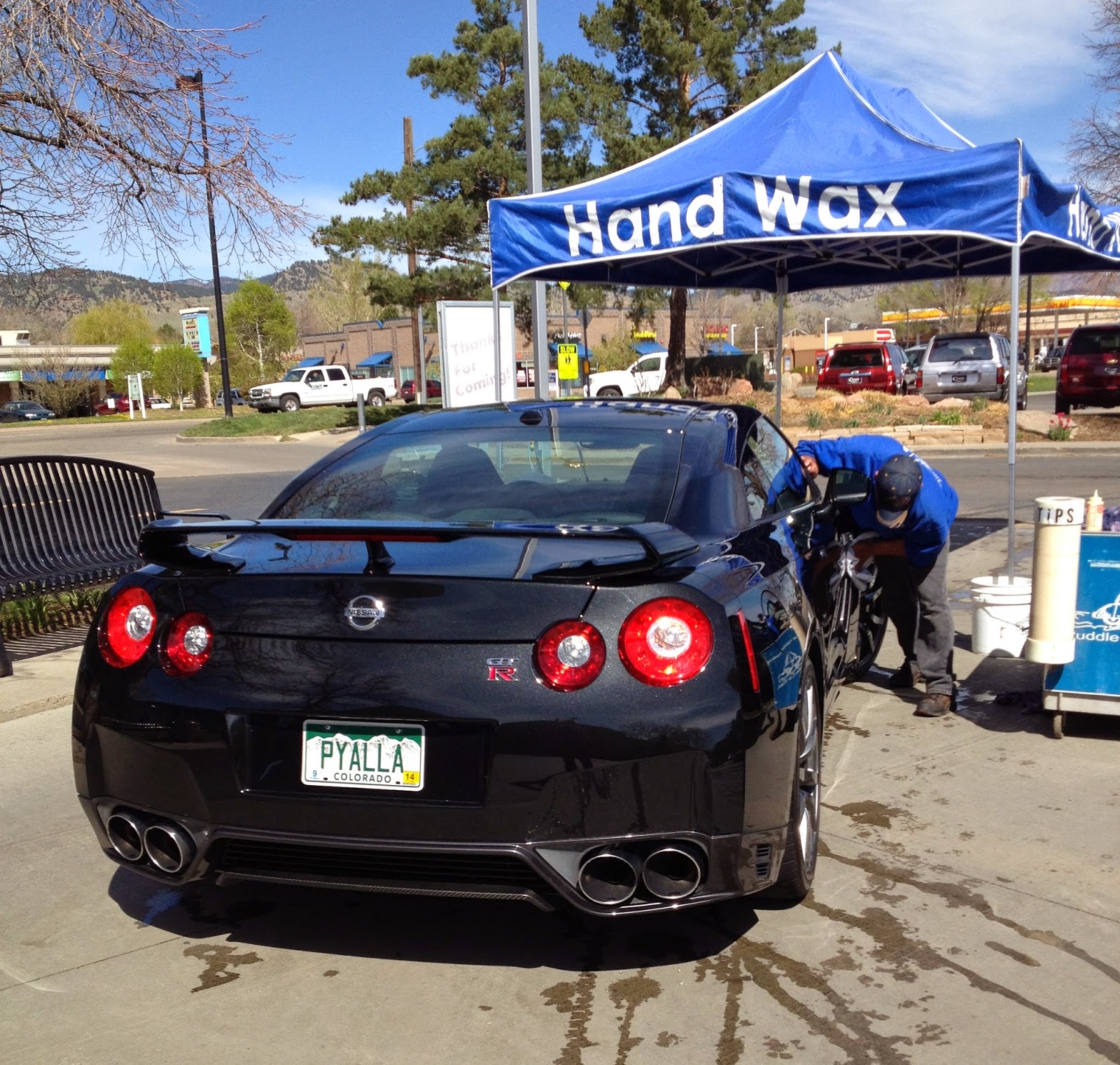 Margo found little time to either watch me or to hand down anything witty as I returned to the RV command center. Certainly, I needed the practice and it would be some time before I would feel comfortable taking clients out with me. The whole point, after all, was to provide an opportunity for anyone interested in motor sport to see tracks up close from the passenger seat and in the past, the results had been encouraging. Not one client has said that they would never return for another opportunity to experience real “g-forces”. And I am relatively slow, comparatively speaking. But no, for Margo, it wasn’t just her back that was a concern but as the week wound down, there was still a lot of work to occupy her mind and for the entire afternoon, she was bent over the keyboard of her tablet working on spreadsheets.

Perhaps the hardest work of the afternoon was the unloading of the car from the trailer, loading it back on the trailer at the end of the afternoon, and then unloading it once more on return home and taking the trailer back to storage. As I stood under a hot shower it felt really good, but only an hour or so later I was acutely aware of how I had aged over the years and of how just basic tasks now took herculean efforts! In reality the afternoon was a shakedown as we have just had the RV serviced, the trailer taken out of storage for the first time, and the Vette back from Curt at Corvette Spa after a checkup. That we came home with nothing whatsoever broken was a testament of sorts to all the work that had been done in the lead up to the outing – and yes, I thank all parties that were involved!

However, these past few weeks hadn’t just been about our track outing. For the most part, the return of spring gave us ample opportunity to drive all of our cars and to have them serviced. Most importantly of all, it was also an opportunity to really give the cars a fresh coat of wax and when the local car wash offered hand wax discounts, I took the Jeep SRT, the Nissan GT-R and the Maserati GT-S in for a thorough clean. Perhaps getting behind the wheel of a freshly waxed car can bring an even bigger smile to one’s face – well, it certainly seemed so at the time. 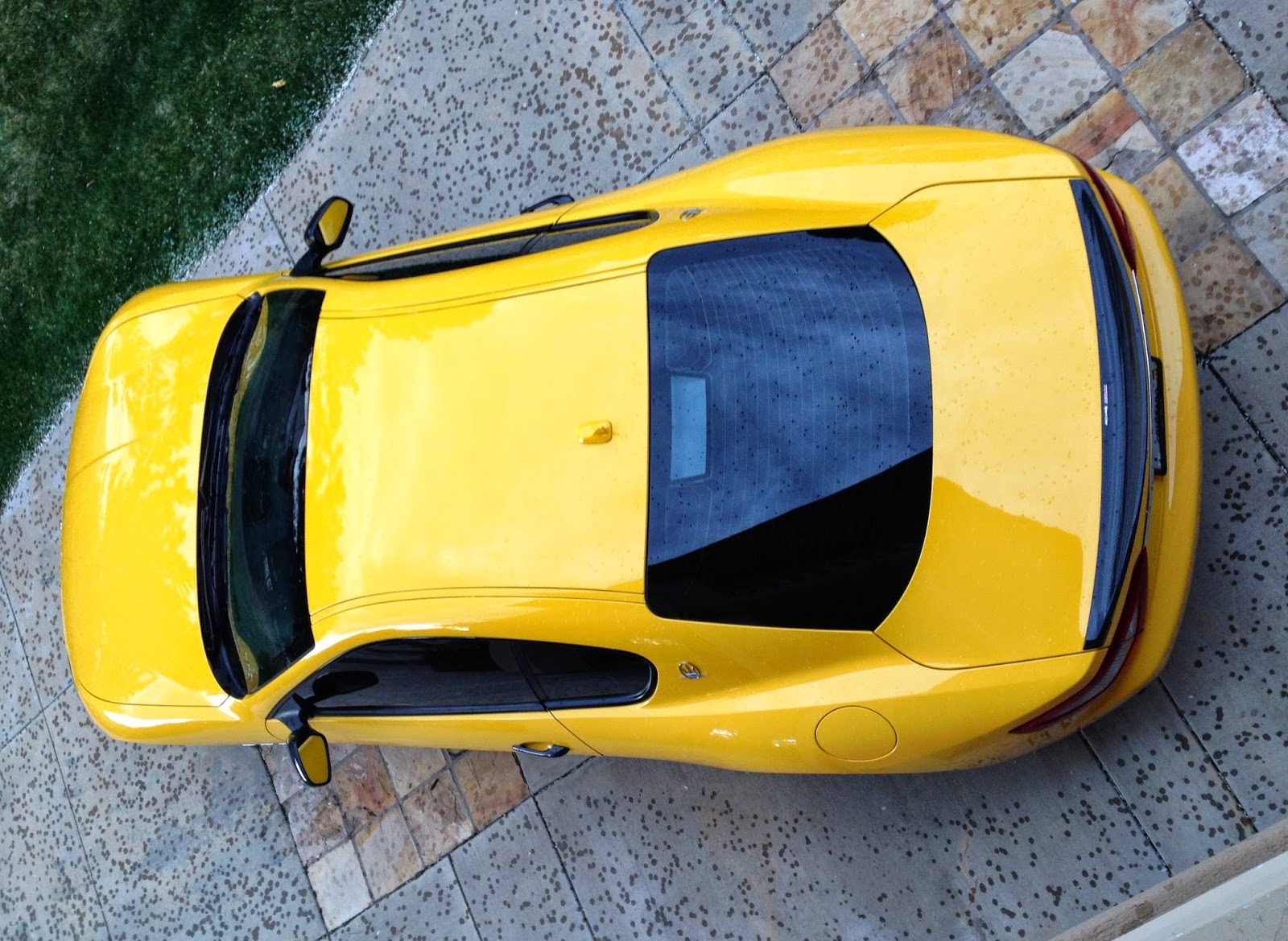 It’s no secret that Margo and I have put our house up for sale. It’s been a long process and while on one hand, we are reluctant to part with Villa Lyon, it’s inevitable. Both of us are tiring of working simply to pay the maintenance bills on an oversize house we rarely use fully. If you are one of the few who, as yet, haven’t seen the video clip our realtor Billy put together, then check out this link:
http://villalyon.greatluxuryestate.com/

It now has been updated with photos taken as spring took hold of the villa and yes, make sure you take the virtual tour and feel free to make an offer if you so desire. The photo of the Maserati GT-S was unique in that I had just driven it onto a lower level courtyard and as clean as it was – ready for the photo shoot – it rained and if you look carefully at the photo you can just see the first rain drops landing on the sandstone. But rain is nothing to complain about at this time of year and it certainly did our lawns and trees a lot of good.

While our time at track was something I at least looked forward to, it was the Maserati that took center stage for much of the month. A few weeks back the local chapter of the Maserati club met for early morning cappuccinos and pastries at the local Ferrari / Maserati dealership before heading down to Colorado Springs most famous landmark – the Broadmoor hotel and resort. If you aren’t familiar with this establishment you should check it out as we were suitably impressed and likely to return for a leisurely weekend sometime soon. 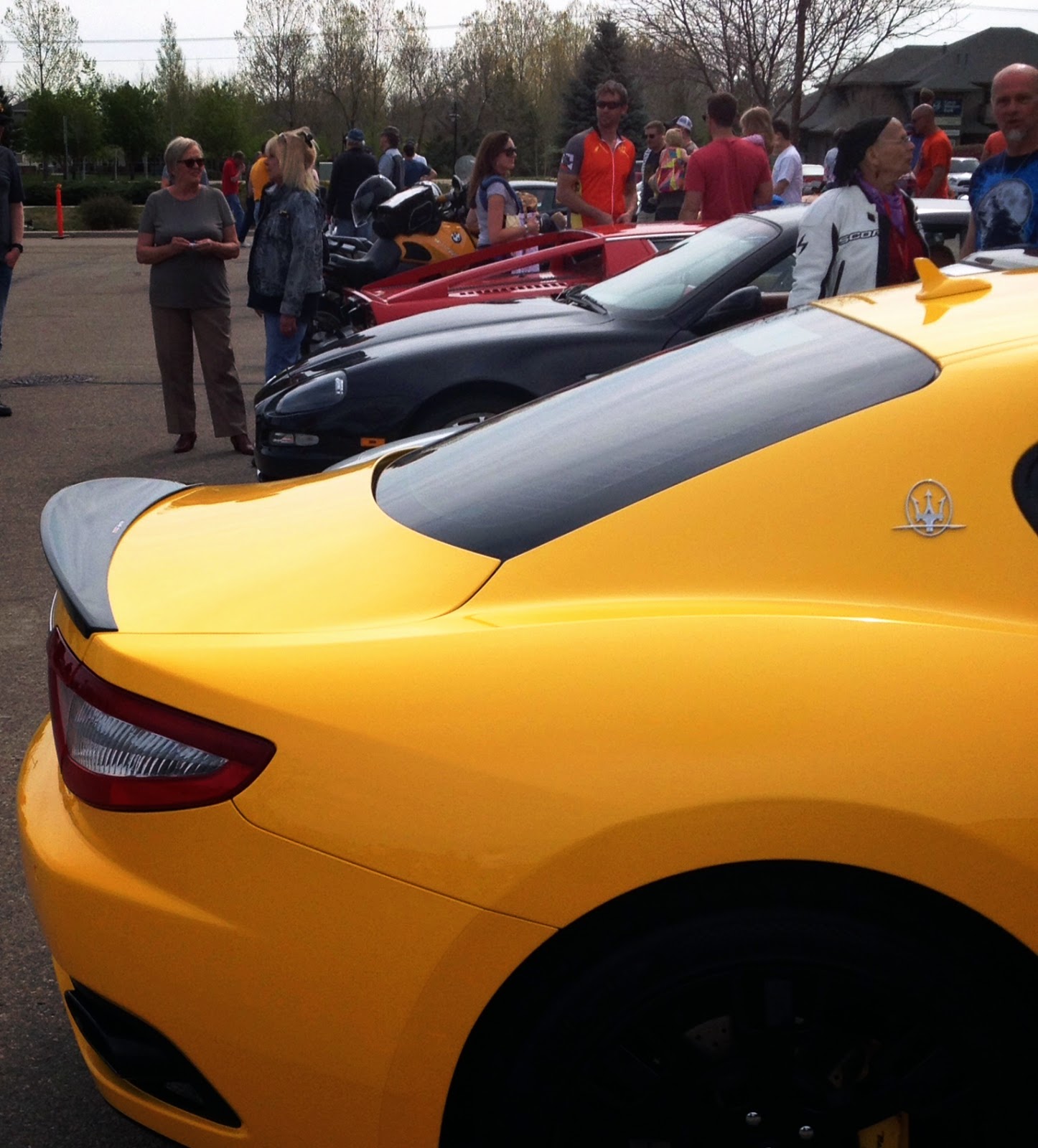 As we drove up to the Broadmoor we were directed to a roped off parking area so all the Maseratis could be photographed and it was quite a treat to see as many Maseratis as there were that turned out for the occasion. Only a week or so later, a second gathering of Maseratis was organized for the local Boulder’s “once-monthly” car show and again, we managed to find spaces to park them side by side – and they certainly attracted a crowd even if there were far superior models from both Ferrari and Lamborghini on hand.

Just standing around, talking cars and listening to the exploits of others certainly provided more fun than I had anticipated but in all honesty, Margo and I aren’t really a part of the car show crowd. We enjoy looking at a good example of any marque, but it’s only when we get behind the wheel that the smiles are forthcoming. I may be reluctant to talk too openly about cars as a hobby or about our time on track being anything more than a simple pastime we enjoy, however, the outcome is the same. The passions run deep and the fun driving cars produces is inescapable. Perhaps spring is a particularly good time to be “out and about”!

Next month? Well, we have a long road trip ahead of us that takes us to both southern and northern California and to be blunt, we just can’t wait to be back on the road again. We will be taking our designated Grand Tourer – the Maserati, of course, but of that experience you will have to wait until I post an update next month. And for all you like-minded car enthusiasts then yes, get behind the wheel as often as you can. Enjoy. And keep those smiles as broad and as full as you can!
Posted by Richard at 7:53 PM 1 comment: