Showing posts from July, 2015
Show all

New beginnings – more bad weather and many rivers to cross! 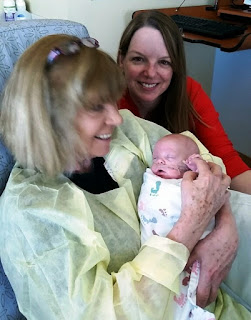 Last month I opened the blog with the commentary, “with April showers, May flowers” and I closed with the remark, I don’t mind the rains – the floods, on the other hand, well that’s an entirely different story – and there are predictions once again for a few more wet days to come. Well, little did I know just how much rain we would get – it’s been days of torrential rain followed by even more rain. As June came to an end, the temperatures finally rose to the 90s Fahrenheit, a first for the year, and a first since September 2014. So now I can add that it’s not just with April showers, May flowers but come June, it’s monsoon! Fortunately, what the rains didn’t stop were the visits to the Neonatal Intensive Care Unit (NICU) where Margo’s identical twin grandsons are being looked after – having been born prematurely back on April 13th (in the middle of one of our earlier trips to the west coast), they’re doing it tough. If you would like to know just how much monitoring is performe
Post a Comment
Read more
More posts