Showing posts from March, 2021
Show all

Third post to NASA Speed News; that rush of excitement! 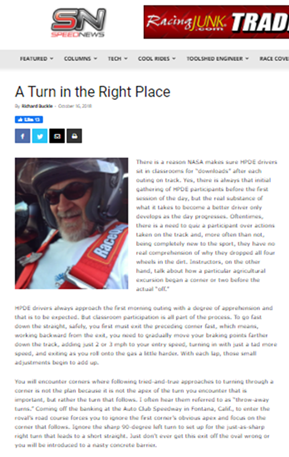 Among the posts to this blog, Buckle-Up, from which I drew inspiration for the HPDE articles published in NASA Speed News was the post of April 21, 2010. It was titled, A father’s advice … where I noted how even as my father resided in Australia, we would always talk after a weekend at the track. This we had done since that first outing back in 2008.   While there are many instances of father’s providing good advice to their offspring – Indy and F1 are liberally littered with second and even third generation racers – on the occasion of this post I referenced racer Sebastian Saavedra’s father who gave his son advice that resonates with me to this day.   \“Sebastian understands well what I always taught him; if you don’t have a first place car, don’t drive it like one! Drive the car you have, finish the race, and take the points!” While these remarks were expressed when we watched a round of the American Le Mans Series (ALMS) that was held in Long Beach, just down the road from th
Post a Comment
Read more 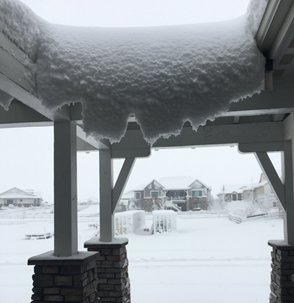 As Sunday night crept over the golf course alongside our home, the falling snow finally abated. On more than one occasion I had stepped outside to first clean snow off the roof of our ragtop Range Rover Evoque as concern mounted that two plus feet of snow might be too much to bear. It was then a case of knocking down the “flow of snow” building up on the entrance to our front door. By “flow of snow” I meant that; the more snow that fell the more the snow began forming what looks like a small waterfall. All around us trees were sagging under the weight and close in to Ft Collins the big cottonwood trees began losing branches onto homes, cars and the sidewalks. Photos soon appeared of snowplows stuck in drifts along with news that the main interstate highway, I25 was closed just north of us all the way to the Wyoming border.   As the news updates late last week informed us all to hunker down for a storm of historic performance, we elected to drive to Ft Collins for a Friday night out
Post a Comment
Read more
More posts