Showing posts from May, 2019
Show all

Time in Edinburgh and time on planes, trains and pretty much everything else! 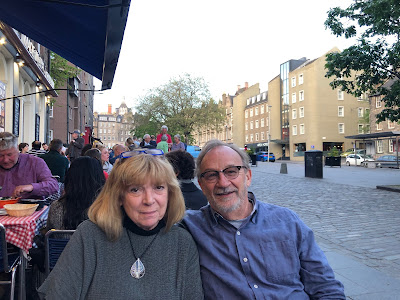 This time last year we spent a wonderful week in the Gothic capital of Leipzig, Germany. The occasion was the pan-European HPE user group meeting for everyone in the HPE NonStop community and the support it had received from Germany and beyond was good to see. It was also a chance for us to explore the city of Goethe (where he studied law at the local university), visit Porsche factory (Panamera and Macan) and yes, tour a railway station that had been turned into a mall! However, this year our experience with the annual pan-European event for HPE NonStop users took us to the city of Edinburgh, Scotland. We spent a week in the U.K. at a time when every conversation seemed to center not on the NonStop computer but rather, BREXIT. Safe to say, the conversations that took place were energetic, with passionate advocates on both sides of the exit argument. Not sure how accurate our sample was, but Margo and I left Edinburgh with the distinct impression that Scotland, as a country, was a
Post a Comment
Read more
More posts