It’s great to be greeted with smiles … 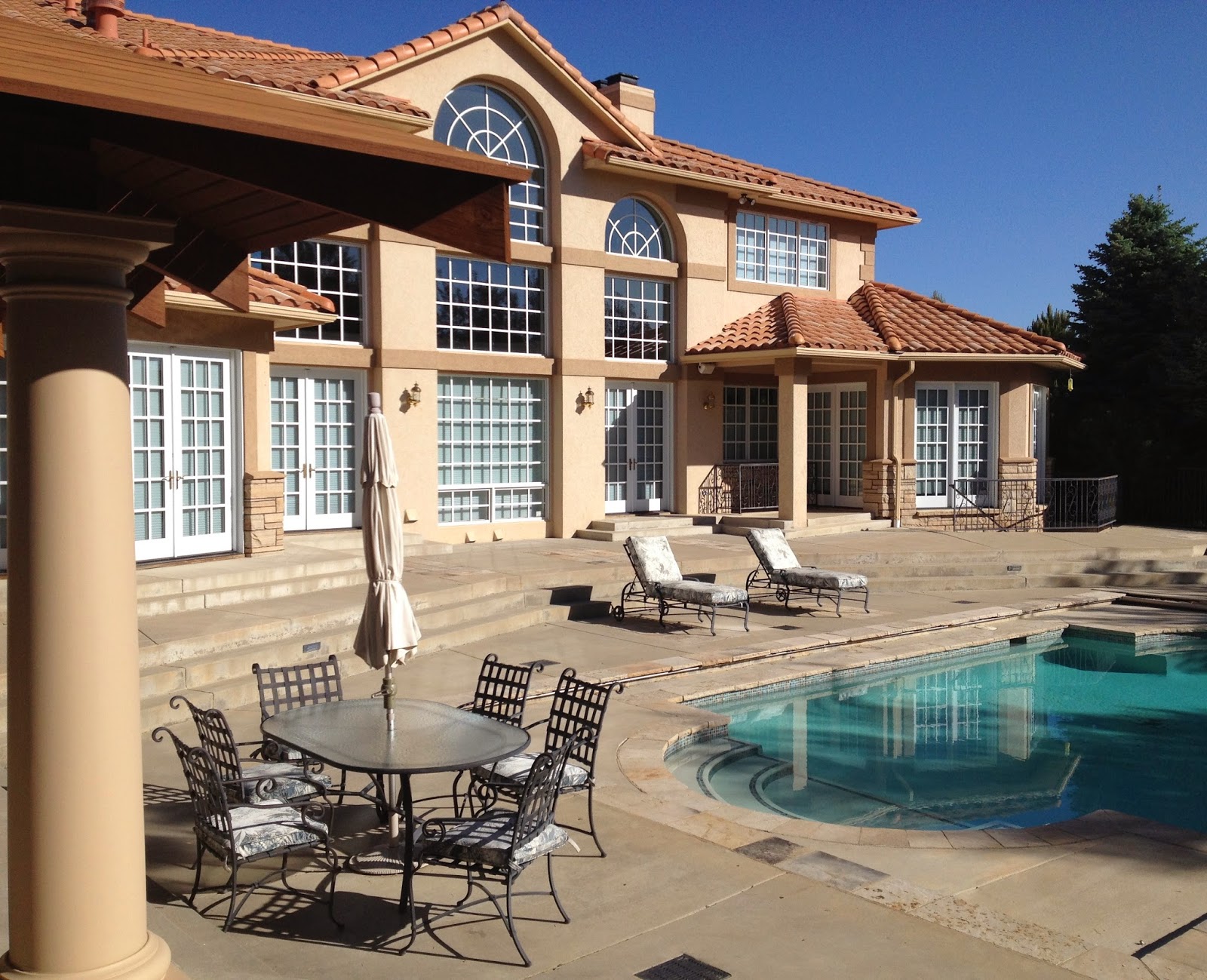 The arrival of spring is in evidence everywhere I look. The trees have all their leaves, there are birds everywhere and the pool covers are off, so it has to be spring. The photo above was hastily snapped early this morning as the task of clearing the last reminders of the long winter continue. It was a very long and hard winter, with temperatures as low as I can recall, so just being outside enjoying the warmth of spring makes a big difference. Saturday and Sunday evenings were spent around the BBQ and helped set the stage for more entertaining to come.

However, the inclusion of this photo is also a reminder that the house is up for sale with the real work beginning this week. Repairs and maintenance have been aggressively pursued since early December and just this last week, further landscaping was completed. The fountains are working and we have an icemaker! The home looks as good as it ever has and this week there will be a formal open house, arranged by our realtor, for a group of invited guests. Right now, with the house prepped the way it is, our realtor is all smiles!

While it is still way too early to talk about where we will next reside, there is no doubt there will be a place somewhere along the Colorado front ranges, but with the work emphasis once again swinging back to California, there’s a distinct possibility that a second residence may be acquired. However, from previous experiences and with one eye ever watchful over tax implications, our next home may indeed be in Nevada. It’s a canvas with some paint applied but at this time, it’s hard to tell if there’s a picture taking shape. 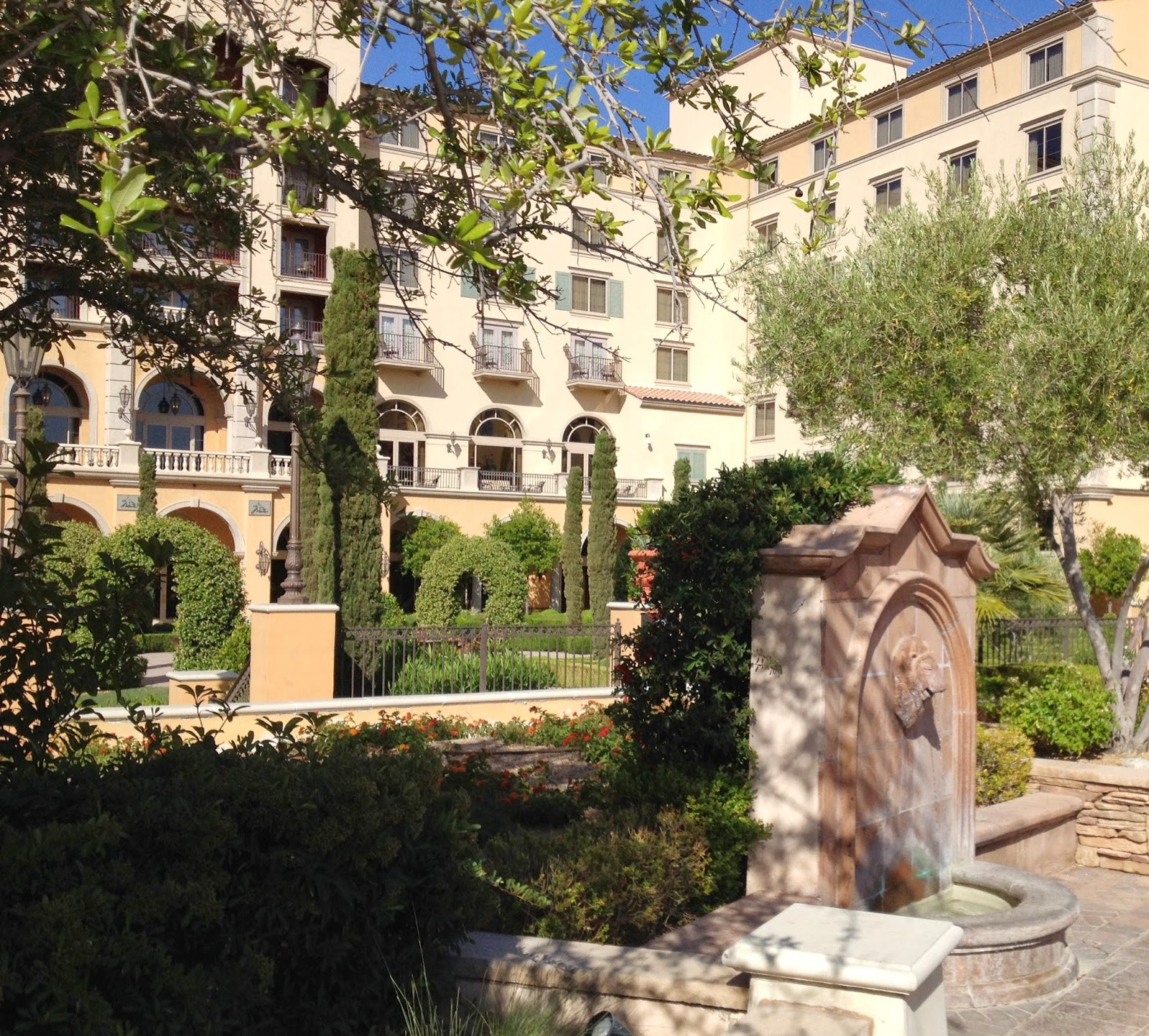 Last month, I enjoyed an afternoon behind the wheel of the Corvette Z06. This has been our track car for a couple of years now and the more outings I have the more we are convinced we should have started out with the Z06, manual and all. The Vette is a delight to drive and extremely forgiving – with so much torque. From turn 1 at Willow Springs to turn 1 and turn 4 at High Plains Raceway, it only take a little braking effort with no down-change to 3rd gear required as the torque simply pulls the car all the way through the exit. In so doing, the Vette remains well settled and better set up for the corners that follow.

However, with the late start of the season following the hard winter, the Vette is going in for service as I am working to better cool the transmission – a higher rated fluid is being introduced as well the installation of a more accessible fluid reservoir. Minor work, but with my travel schedule this past month and into next, the next time on track for the Vette will be early July when I take the big rig across to southern California for a return engagement with the folks of NASA SoCal. This is an annual trek the whole family enjoys and ever since we acquired the RV, our entertainment central and overall, weekend command center, life trackside has never been better.

As I mentioned in the last post, May was to see me travelling to client meetings in both southern and northern California and it’s a trip I always enjoy taking. The route to southern California would be via Las Vegas, and in a departure from stop-overs of the past, I elected to stay at the Hilton alongside Lake Vegas. Yes, that’s right, Lake Vegas – who could have guessed? The Hilton is joined by the Westin as one of two hotels that anchor a lakeside village and its exploration gave me my first inkling that there was a lot more to Vegas than the strip. Perhaps a small lakeside dwelling would be the shot for our next residence! 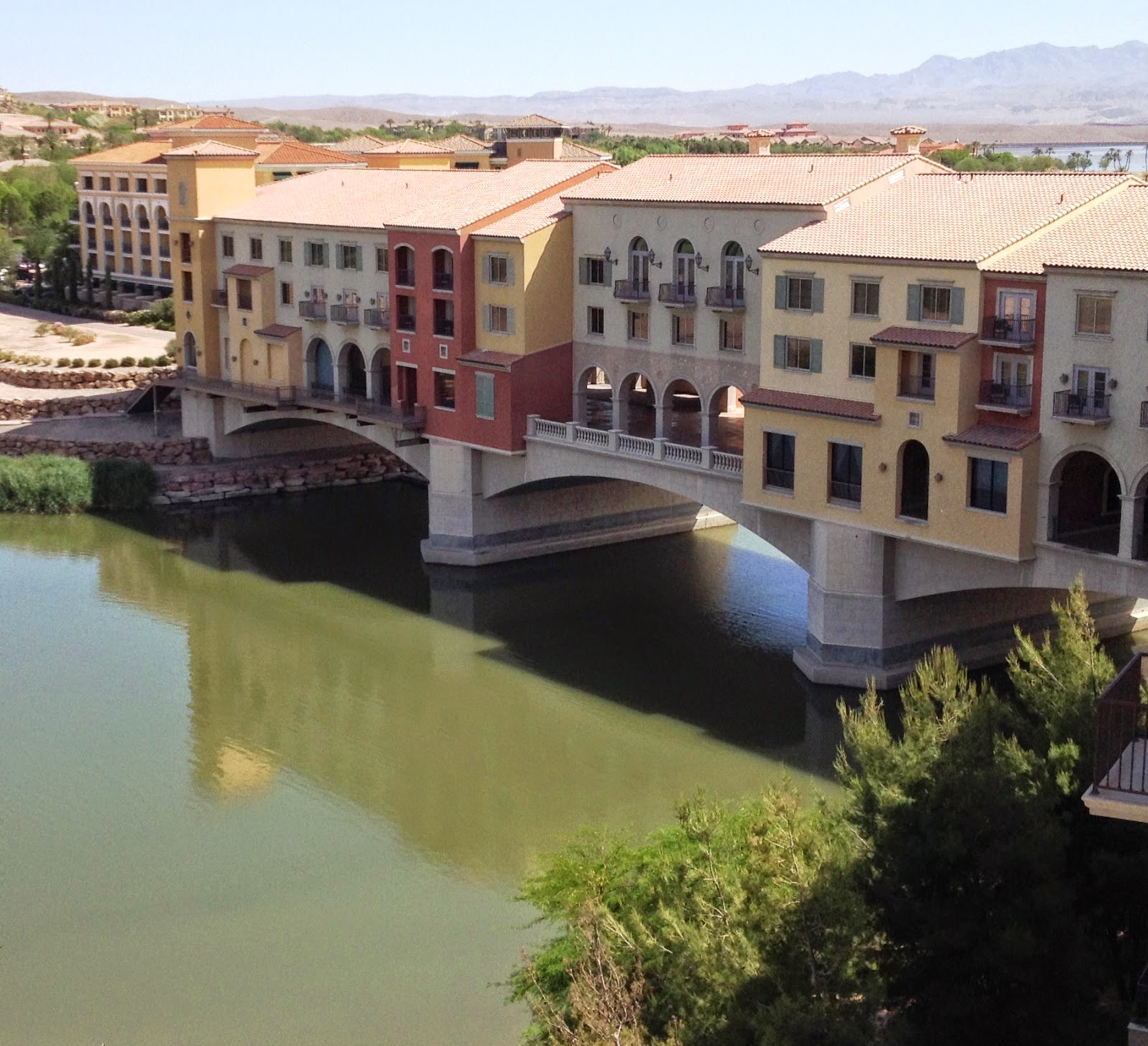 The two photos’ here depict different parts of the hotel – the one immediately above a reminder of Florence’s famous medieval arched bridge, The Ponte Vecchio, that spans the Arno River. The photo above that? The courtyard at the back of the Hilton Lake Vegas, leading to the village, and it could have been taken in any one of many locations across Italy. Perhaps it was the overall European small village atmosphere that attracted me and next month, when I return to Las Vegas for HP’s annual marketing event, I will more than likely pay this hotel a return visit.

Spring Mountain Motor Resort and Country Club is just a dozen or so miles away and with the prospect of that becoming a regular venue for weekend track sessions certainly makes a life in Vegas worth deeper consideration. Of course, the restaurants and entertainment are hard to overlook, but the big item here is that winters are mild and there’s very little chance of having to shovel snow. So often, the obvious is ignored and having spent the better part of eight years passing through Las Vegas on the way to somewhere else, perhaps it’s time to give the town a closer look.

The biggest selling point of a weekend in Vegas has to be the quality of the restaurants now open for business. Of course, that immediately calls out for attention Mastro’s Ocean Club restaurant in Crystals at CityCenter. With all the cross-country commuting to Simi Valley, if it wasn’t for Mastro’s in Thousand Oaks, life would have been a lot harder to take. Looking at the options we have along the front ranges, there are several establishments that approach the quality level of Mastro, and yet, ultimately, they aren’t Mastro! 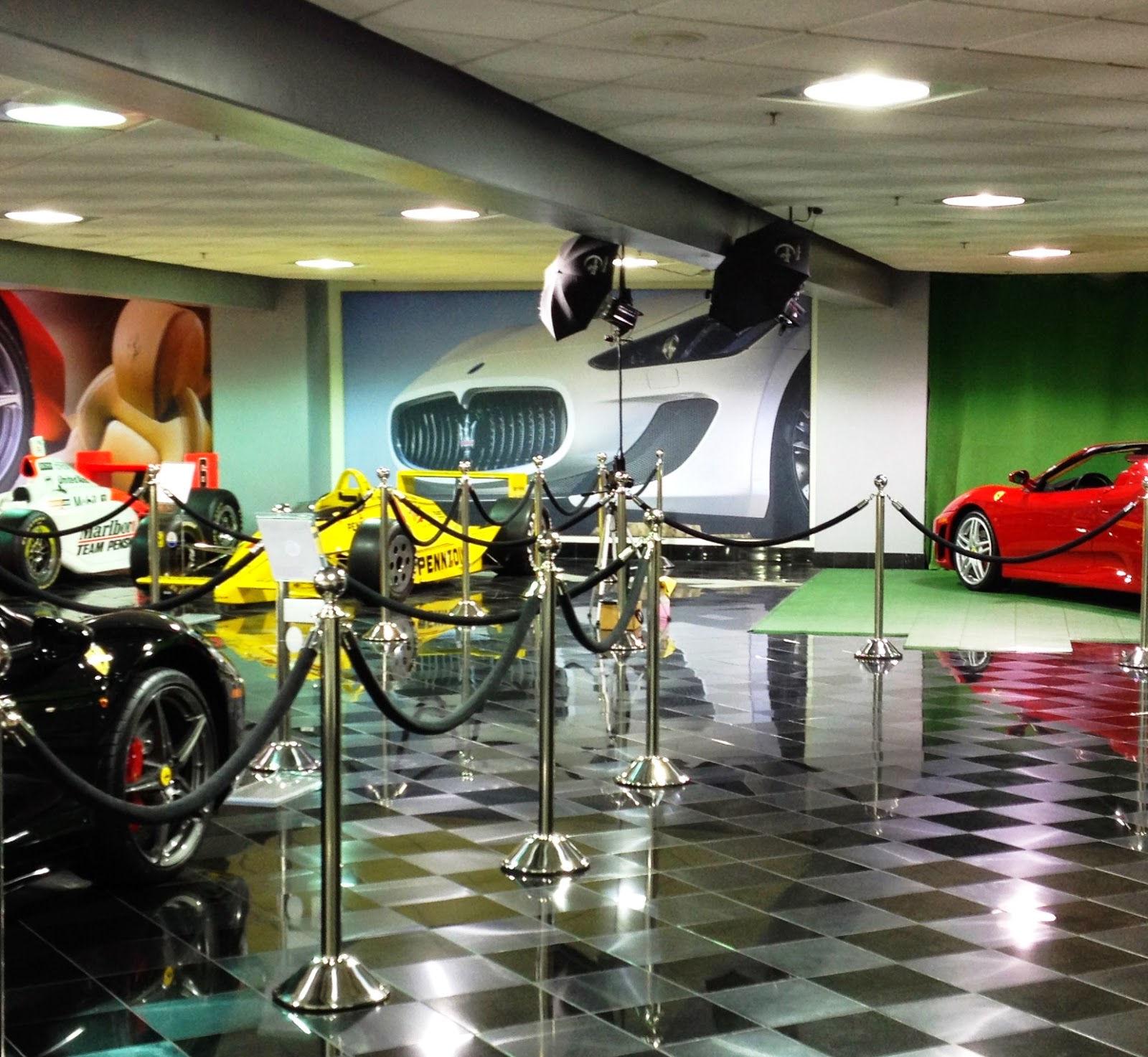 I had to laugh about it but all the same, I just had to stop by the Ferrari and Maserati display in the Wynn Las Vegas Hotel. The background here is worth revisiting as it was referenced briefly in the post of February 18, 2009, in my business blog, Real Time View. In that post, Game changers! I included a photo outside a car display set up at the Palazzo Hotel as I couldn’t get into Wynn’s back then. Well, for free, that is – you had to pay a fee if you didn’t own a Ferrari or a Maserati. However, this time, I walked in and flashed my key fob and was greeted with a warm and friendly smile.

Among the display cars were some Indy cars including those driven by Andretti and Mears. I candidly remarked that the display looked as though it was an upmarket pawn shop featuring those cars lost when big bets turned sour, but it didn’t generate anything near the warm and friendly smile I received on entry. It would have only cost me $10 to enter, but having spent as much as I did on the Maserati, it was now free – what a deal! The math just speaks for itself!

This is the 100th anniversary of Maserati and the events being planned to celebrate the occasion are growing – and yes this includes a special package trip to Maserati’s headquarters in Modena – but my calendar for 2014 isn’t cooperating. However, as disappointing as this is proving to be, there’s not enough that can be said about touring in a Maserati. It blends just the right mix of power and comfort you would expect from a modern grand tourer and with most of Interstate 15 that crosses Utah posted at 80 mph (131 kph) it can stretch its legs and cover a lot of ground. 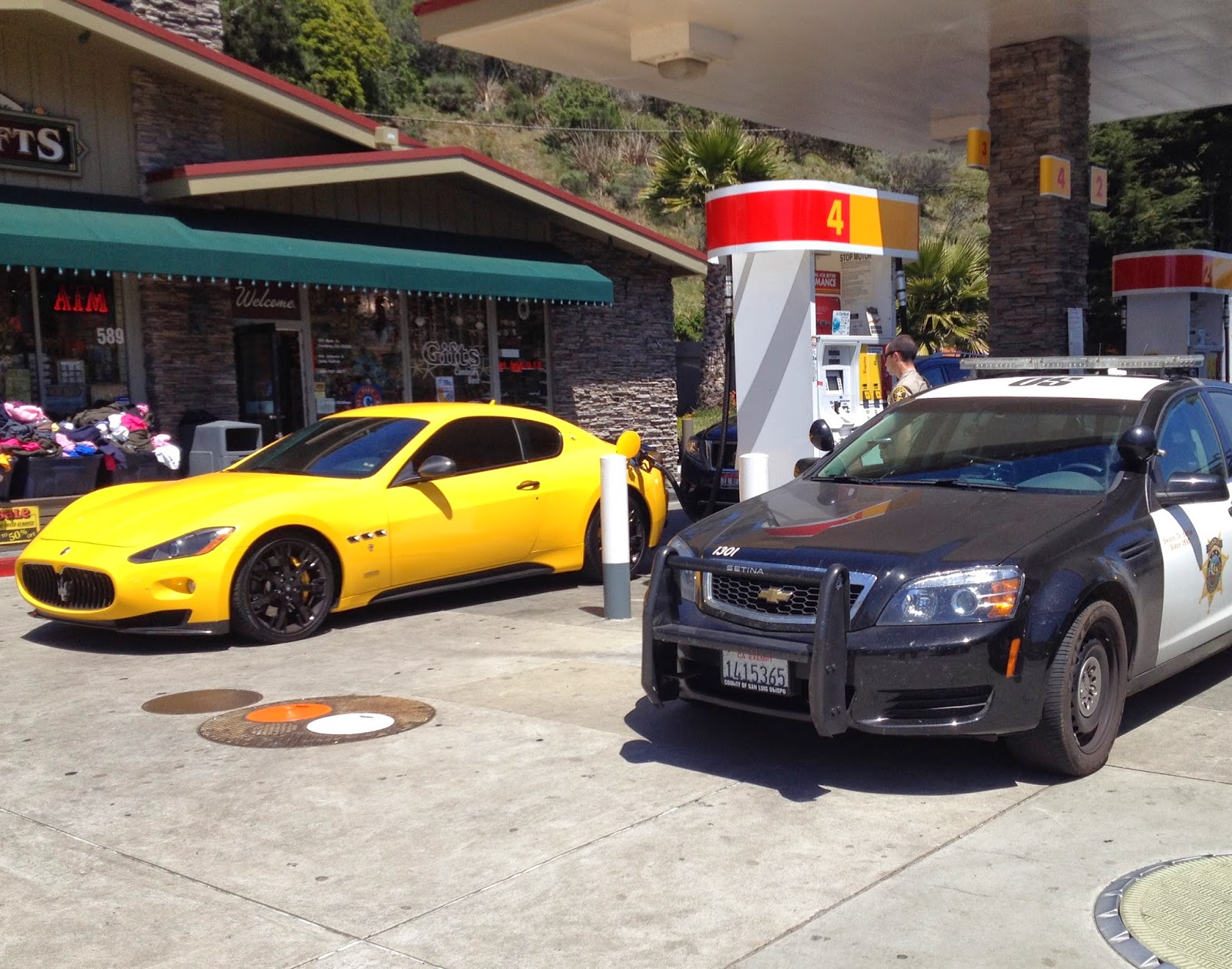 Having time to make the trip to northern California a more leisurely affair, I elected to drive California’s highway one – the Pacific Coast Highway, or PCH. A perennial favorite, I will drive this road every chance I get, and with clear skies and no evidence of an afternoon’s drive being spoiled by low hanging ocean fog, it would be a quick pit stop for fuel at Cambria and then I would be off. Standing by the side of the Maserati I watched a local patrolman drive by and then pull a U-turn that brought him back to the same gas pump. He was driving one of the GM Caprice police cars – the stretched version of the Holden Commodore – and he came over to me with a huge smile on his face.

“It’s one of the first GM cars on the force,” he said. “It has the Corvette V8 and the brakes are great. Just wish it had a little more clearance as I have to take to the back roads on occasion.” As soon as I responded he realized I was an Australian and he was quick with the response. “So, you know what this car is capable of then, but all the same, would you like to swap for an afternoon? I don’t know who would create the bigger surprise!” Sometimes, you just run into an officer who is friendly and in this case, we talked some more, but there would be no ‘get out of jail for free’ card on offer. As I pulled out of the station his eyes followed me every inch of the way – was he just giving me a head start, I wondered?

Missing out on time at the track certainly cannot be countered with touring pursuits and yet, selecting the Maserati as I had done on this occasion went a long way to offset any disappointment I felt. Next outing for the Vette will be to Willow Springs and it will be a return visit to southern California, but with the RV I will likely overnight in Vegas. It will be a battle for the AC unit to keep the temperature down, but it will mean getting yet another take on life in Sin City. Lived in a trailer? Sure have – and got the tee shirt to prove it! For now, however, it is back to Villa Lyon and to whether it will find a buyer for a reasonable price, but who knows? Next post may see more of the future picture colored in, but whatever transpires, there’s still plenty more track sessions to come and about that, the picture is less oblique. As my good friend Brian would say, go Vette, go!