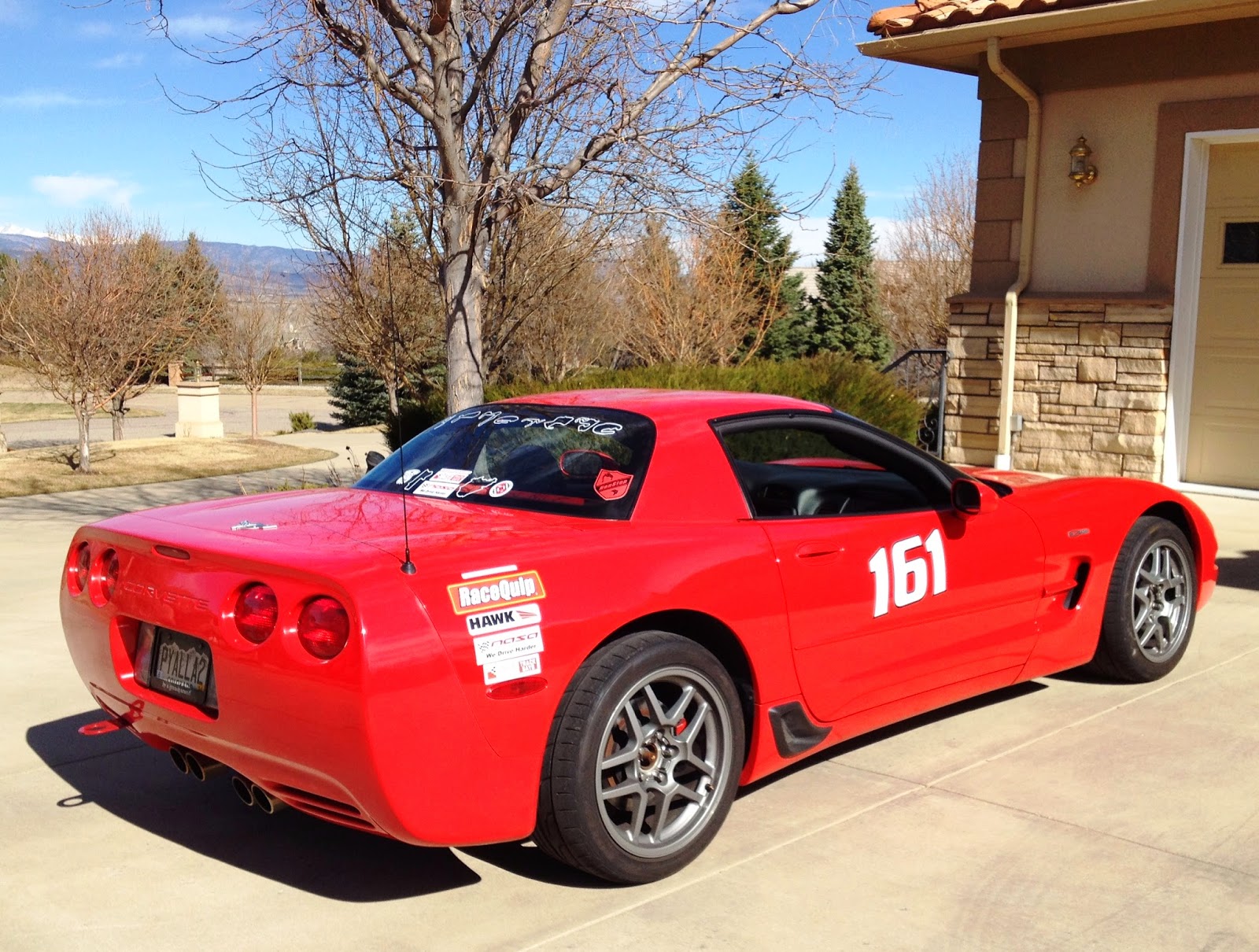 March came with the promise of warmer weather, but in the end, it didn’t deliver. It was a very busy time at work and there were few opportunities to look too far ahead, but we did find time all the same to plan a couple of business trips that we felt we could do by car. Most likely the Jeep SRT, of course, as at this time of year who knows what Mother Nature might throw at us next. Our home is for sale but it will take much warmer weather, I suspect, before the crowds flock to check out the house, but our fingers are well and truly crossed on this occasion.

If there’s one quote that regularly comes to mind at this time of year, however, it’s the line by Steve McQueen from the 1971 movie, Le Mans. “When you’re racing, it... it’s life. Anything that happens before or after... is just waiting,” and it pretty much sums up what the end of winter means for Margo and me. For someone who likes cars, but is not a racer, it’s still all about waiting. Watching Le Mans should be left to the hard core car fans as there’s little dialogue, so remembering the few words that are uttered isn’t all that difficult.

When it comes to films on racing there have been far more bad movies made than good ones, and for me, Le Mans is one of only two or three movies featuring racing that I have enjoyed. The others? Well, the ‘60s masterpiece Grand Prix for sure, as well as the latest Ron Howard effort, Rush. The worse? Even though it featured motorcycles, who can recall the early Robert Redford movie, Little Fauss and Big Halsy? But whether good or bad, it is always about waiting.

It was only a few weeks ago that Curt of Corvette Spa dropped by and took our Vette C5 Z06 back to the shop to prep  for upcoming track sessions. Unlike any other start of year prep, it cost us very little. Apart from changing the oil and replacing some pretty dreadful looking brake fluids, the Vette is good to go, as the picture above highlights. There's much that can be said too about keeping a Vette away from sunlight as even as the Vette is now eleven years old, it's still as cherry red as the day we picked it up!

Yes, this photo was taken following the Vettes return from Curt's rigorous check-up.  Apart from a track decal depicting Sonoma added to the rear window, there’s little to highlight from the previous year, although astute observers will note that the number 161 no longer appears on the rear bodywork, a byproduct of the repair work after backing into the wall at Sonoma last year.

What about the brakes themselves? The tires? The fluids? Well after numerous track days last year there’s still 40% brake pad life remaining and the tires, well they are another story. With some 45+ sessions, they are still showing little wear – for “Treadware 380” tires you would expect considerable tradeoff between performance and durability, but when they warm up, it’s hard to fault them. As for the other fluids, they too all checked out fine.

The only other item on our check list, as we wait, is to have the RV chassis serviced and the RV home “de-winterized”!  A few weeks ago, while my daughter Lisa was in town, a short break in the weather allowed us to fire up the RV and take it on a 40 mile drive and nothing shook lose or broke – we did need to top up the coolant before the big diesel would fire, but that was about it.

You just have to love those big Cummins diesels; lying idle for nearly five months and they just come back to life and go about their business without a fuss. As I mentioned in the last post, it’s in dire need of a service as well as being de-winterized, and that will all happen over the next couple of weeks and seriously, we cannot wait. It’s been one of the more pleasant, if indeed unexpected, discoveries by us that we do love driving this big rig on America’s byways. Again, did someone say road trip? 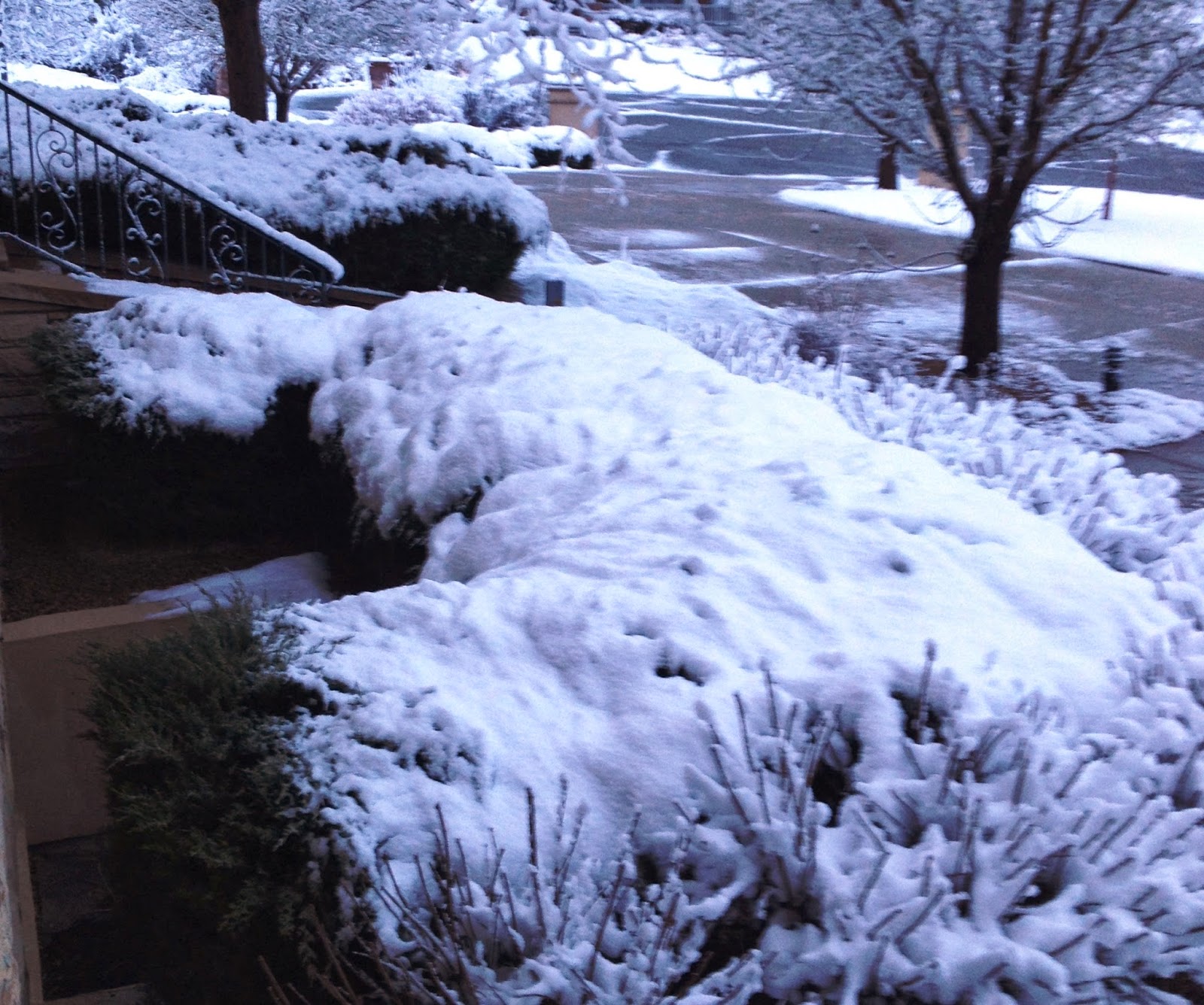 Now, if only the weather would cut us a break. The news this morning from the continental divide is that popular ski resorts, like Breckenridge, have cracked the 400 inches of snow for the season – a season that has now been extended to late April for those who may still harbor a desire to go skiing. Last night, while it dumped another foot or so along the divide, the front ranges took a pounding as well and that fall reached out into the plains, so we endured a night where wet, spring, snow covered our yard. A short time after 1:30 am, we awoke to the sound of our home security alarms – yes, the power had failed.

Coming so soon after we lost our gas supply, it was bothersome not so much because we had concerns about the power not coming back, but the screech of the alarms themselves meant there was little chance of further sleep. Hopefully, this will be the last major snow fall for the season, but regular readers may recall how last year, the night before I headed out to southern California for a weekend at Willow Springs, there was a similar snow storm and it was early May. Hopefully, winter will not hang around for that long.

This summer will be our seventh summer of track outings and where we will begin our eighth year. We have made considerable progress and a lot of what we have learnt has transferred to how we drive on a daily basis. However, we are also very comfortable in the knowledge that any aspirations either one of us had about being competitive racers has been long gone – just completing a weekend without either damaging the car or ourselves has now become our goal. Just being on track with over-the-top teenagers, some forty years younger, and being able to hang with them through the twisty bits is accomplishment enough. And I am just speaking about myself …

It was back in Simi Valley, in the spring of 2009, that I drove to our favorite Starbucks for coffee and as I walked past a patron sitting outside, I heard him direct a question to me. I had elected to take the Corvette on the short run to the café, but all the same, it had caught the eye of this patron. “Do you race the Vette,” he inquired. “Well, actually we do take it to the track,” I responded. “Well grab you coffee and come on back. I have asked so many Vette owners the very same question and you are the first to say yes,” he said. And for the next half decade or so we have spent a fair number of track weekends together.

Over the years I have retold that story many times, as has indeed the Starbucks patron. By happenchance, it was Brian Kenny and together with his wife Jan, we have since travelled the world together enjoying time on track in Europe as well as Australia. However, Brian is at the opposite end of the spectrum when it comes to competitiveness. The last time I was on track with him I ate his dust, literally. 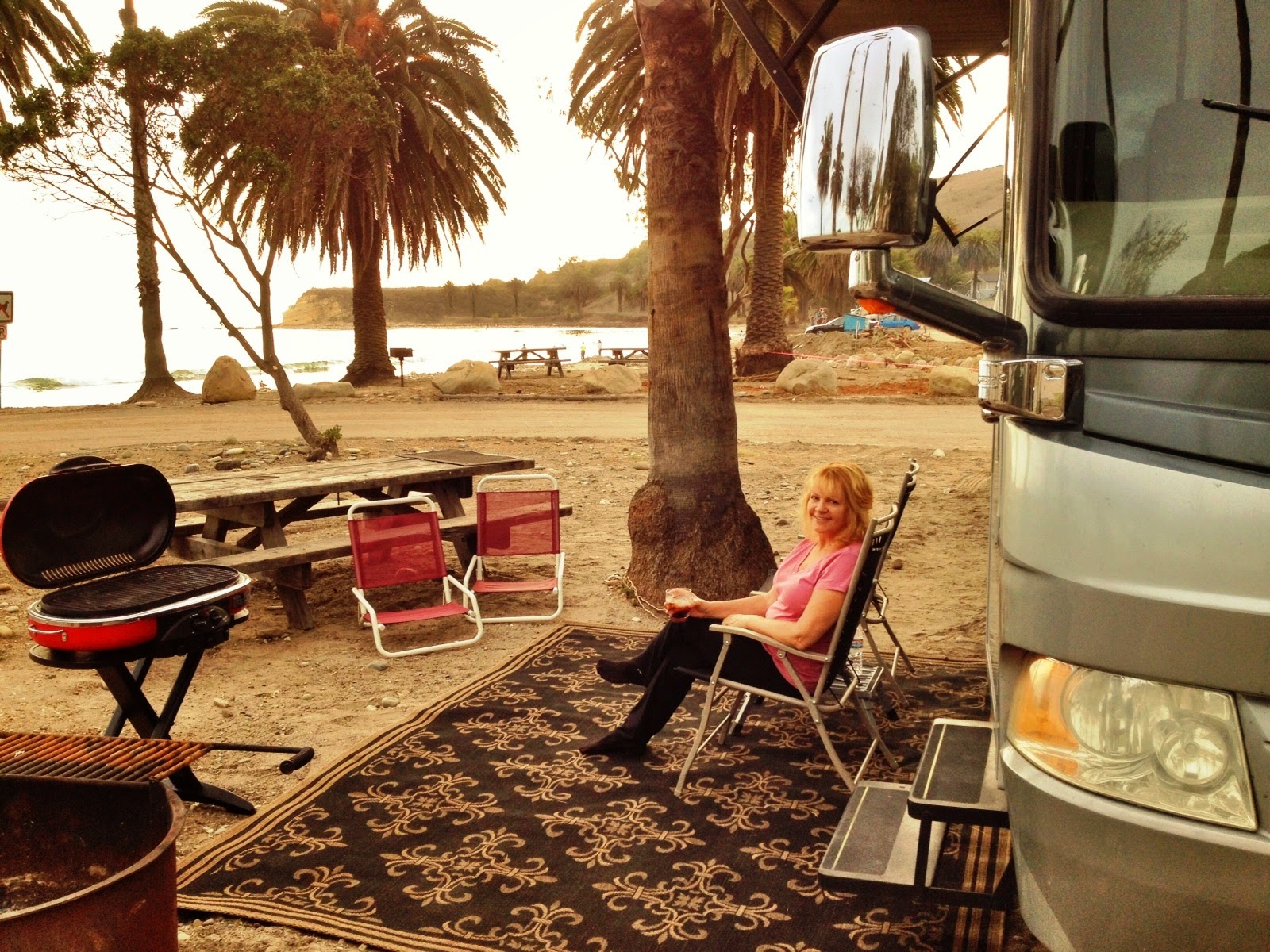 Preparation is a major undertaking for Brian and the track-ready state of his Vette has more or less designated the Vette to being a dedicate track car. And he drives it on track accordingly. However, while he and Jan are waiting for the season to start, southern California is a lot different than Colorado and for the Kenny’s, it’s the beach that calls, not the ski slopes. Ahhhh - the cool evening breezes on the California coast – it’s not hard to imagine the many songs were influence by scenes like this!

Jan too is clearly waiting, but with drink in hand, it must be close to dinner time and with the BBQ visible, I have to assume something was about to be grilled, and without doubt, Brian is among the better grill masters I have come across. Already plans are being made for a return trip to Zion’s national park in the fall and there will be more than one occasion in the coming months for the Kenny’s RV to be parked alongside the Buckle’s RV at one track or another. Putting to one side open lapping days at our home track outside Denver, High Plaines Raceway, the schedule looks set for Margo and me to be back once more at Willow Springs with NASA NoCal as well as at Sonoma with NASA SoCal.

The month of March saw us giving some serious consideration as to where we might next take up residence. We have talked a lot about prospects for moving to lofts or condos in downtown Boulder of Denver. We even considered an old favorite house that unexpectedly came onto the market (after a viewing, it was quickly crossed off the list) but the reality is, we just don’t know. Until our own house is actually under contract we aren’t getting worked up over where to next, so once again, it’s all down to waiting.

There’s a quote I like a lot. Its origins are unclear, but it’s been used by other bloggers apart from me. “Life isn’t about waiting for the storm to pass … It’s about learning to dance in the rain,” and I couldn’t agree more. Although, in Colorado it may be better to reflect on dancing in the snow, the way Mother Nature continues to torment us. However, I suspect the point isn’t lost on many. Even as we wait to be back on track and wait for the RV to be ready, and even wait for the day when we can start our next road trip, there are still many steaks to grill and martinis to shake. 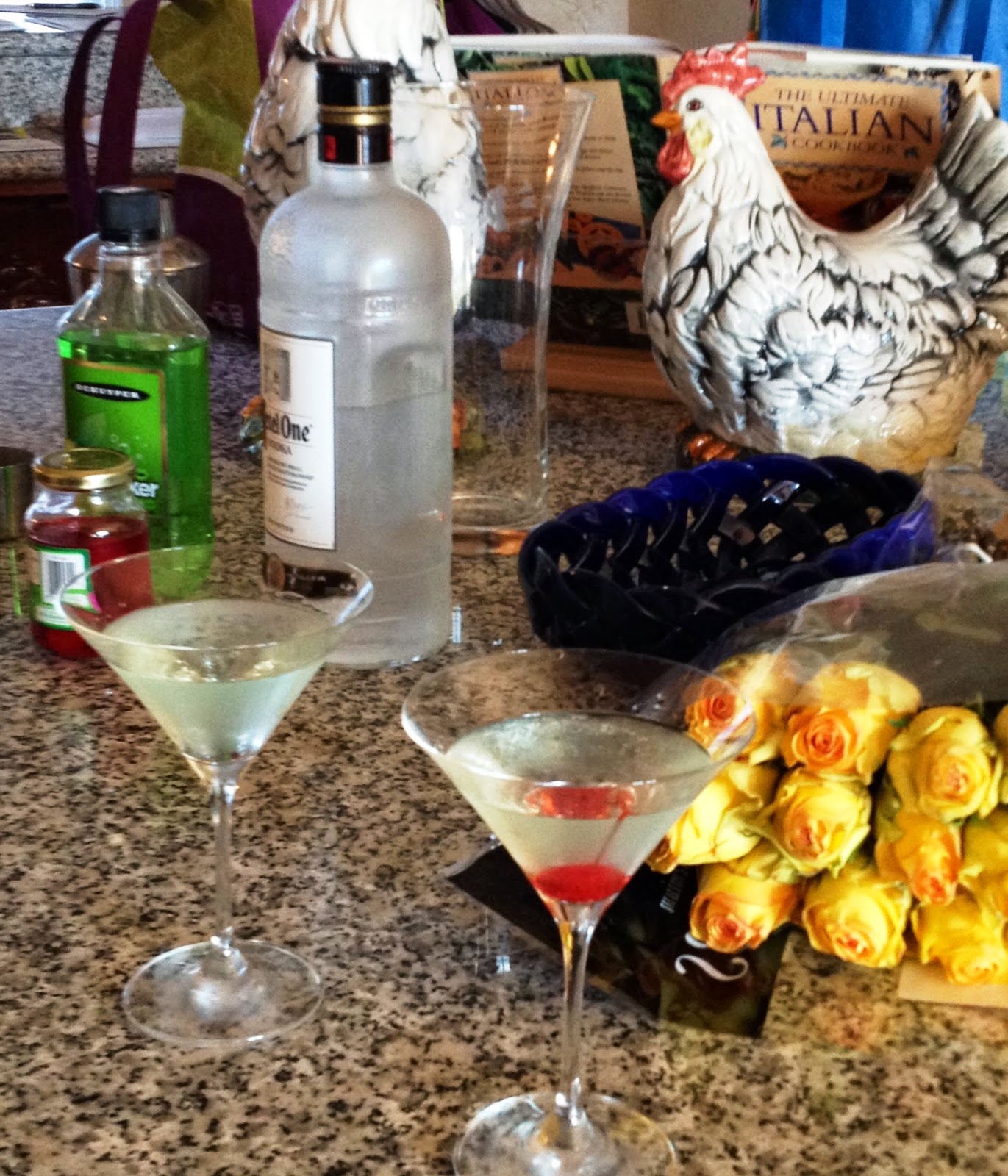 I’m never been good at waiting and here I am, embarking on my sixth decade of life still wondering what I want to do when I grow up. But to all who know Margo and me, that’s all becoming a moot point as we kick-back and take time to smell the roses; all too often an occurrence in our house. From the lyrics of the Jimmy Buffett song, Last Mango in Paris, comes a different point of view, as the other party observes, “And Jimmy, there's still so much to be done.” On that note, martinis have indeed been prepared and it’s that time of day, so with that admonition, I will leave it to next month’s post to let you know whether the waiting was worth it!
Posted by Richard at 6:03 AM No comments: Links to this post