Showing posts from May, 2017
Show all

Our last days living in Niwot … 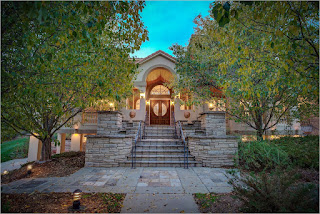 Not in our house! So the expression goes; often times, within the context of one sporting event or another as the home team is about to enter the field of play! It’s a cry to colleagues not to let the other side intimidate or indeed embarrass the home team in front of their fans! But it’s also a reminder that it is our home that we hold most dear to our hearts – a place of refuge and cheer. A place where we are at ease! A place we can retreat to whenever the weather worsens or the worries of the day look are overwhelming us. The house was built on an acre plus of land purchased towards the end of 1998. Margo and I were to marry in January, 1999, and we had separate homes at the time, with Margo living in a townhouse in Saratoga, California, while I had a cottage up in the foothills of Boulder, Colorado. Both homes were ideal for us each as they were close to where we were working at the time and yet, simply moving into existing premises didn’t seem to be what we should do. As a c
3 comments
Read more

Ferocity, speed and the color yellow - tales of grandchildren, packing and messing about in cars! 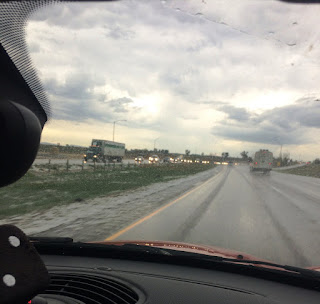 The drive between the village of Niwot, where we have lived for almost two decades, and the township of Windsor, where our new home is under construction, is never routine. The principle highway involved is Interstate 25 (I25), an arterial highway that runs from the Mexican border all the way up to Wyoming before joining Interstate 90, which is running east to east for most of the country. I25 sees a horrendous volume of traffic and for first-timers it’s always a shock to see how average speeds have crept up to where these days, if you aren’t maintaining a speed in the mid-80s, you will surely become responsible for creating a mobile chicane. Vehicles on this road can behave badly and oftentimes prove unpredictable so routinely there are sizable wrecks for no apparent reason other than someone was distracted. This is a straight road with really good visibility. Well, most of the time, that is. However, this week there was a storm of biblical proportions that descended onto Colora
Post a Comment
Read more
More posts