The things we do for family … 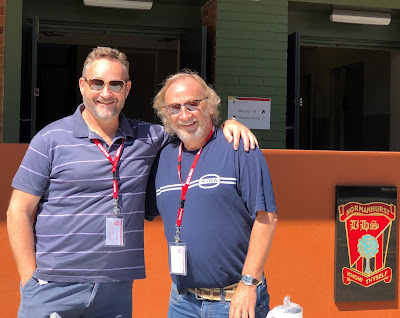 At a time when social distancing has us hunkered down, it’s been a time for catching up with my family in Sydney. There is almost ten years separating me from my younger brother, Greg. Well, nine years and four months actually. There’s only a few days short of two years separating me from my younger sister, Judy. For as many years as I can recall, it’s been my brother Greg who has been the better looking brother, but with the passage of time, we are beginning to look similar.

In many ways, it’s as if our genes are kicking in and we begin to look more like Buckles and clearly of a lineage that we can trace to East Anglia, the mighty river Deben and to Woodbridge.  This particular river winds its way to the English Channel nearby to Felixstowe. Decades ago, I drove to the small town of Woodbridge where grandfather Reginald Victor had spent his youth before migrating to Australia. Having heard all the stories from him through the years the mighty river Deben left a lot to be desired. 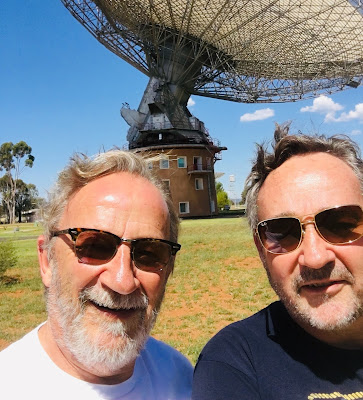 On the other hand, there are other family members who see many traits influenced by my mother’s family. Of solid Irish stock, with roots going back generations and where at one point the family had an interest in the Royal George Hotel. Then again, the only references to such an establishment I could find was of a hotel of the same name to the south west of Wagga Wagga and in the township of Urana. Somewhere along the way we were part of the Clancy Clan, or so I heard as a child and to this day, Australia’s most famous bushman, Clancy of the Overflow, I have to believe had to be an ancestor.

Maybe in putting this short update into this post will lead to other family member enlightening me further, but for now, I kind of like the fact that Judy, Greg and I have ties to old Australia as well as to England and beyond … and when I came across this reference, it explained a lot –

Sir Cuthbert Buckell (or Buckle) was a 16th-century English merchant and Lord Mayor of London. He was born in Westmorland, the son of Christopher Buckle. He was a member of the Vintners Company of London.

Not so much the reference to being the Lord Mayor of London, but rather, his membership of the Vintners Company of London –

… the Company gained a monopoly over wine imports from Gascony. Also, it acquired the right to sell wine without a license, and it became the most powerful company in the wine trade.

Makes complete sense, as best as I can tell … a love of horses on the part of my Mum’s family and then an interest in adult beverages on Dad’s side: Horsepower and wine? Who knew! But wait, there’s even more to this story of family influence given the vocation to which the Buckle family spent their time during the twentieth century.

There exists a strong tie the Buckle family has had to printing dating back to grandfather’s 1902 Apprenticeship in England. With a starting salary of just one shilling (English) per week, it was expected of him to not only learn the trade of printing but to help out in the printers home. It was only twenty six years later that my father, Roy Buckle, began his own Apprenticeship for seven shillings and six pence (Australian) per week; so much for wage inflation. Dad would continue as a printer for the rest of his working life with the only exception being the war years in the 1940s. 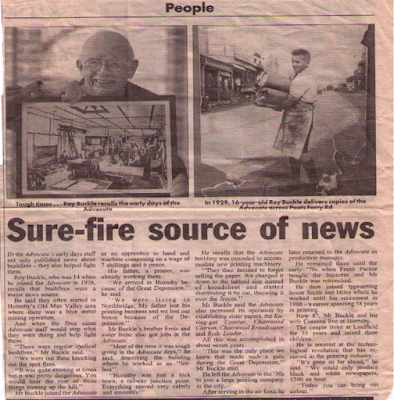 As the article above tells the story, there was more than dad involved in the paper, the Advocate, as he joined his father at this establishment before younger brother Ernie and then elder sister Irene followed him into what we now know was the precursor to the information age. This was a career that spanned 58 years and as I look back at his history with printing, I recall thinking of how I never wanted to work for that many years. Oh well; fifty years on and here I am still writing for a number of digital publications. What’s dad checking out? In his later years he was the only to be trusted proof-reading and correcting railway timetables. 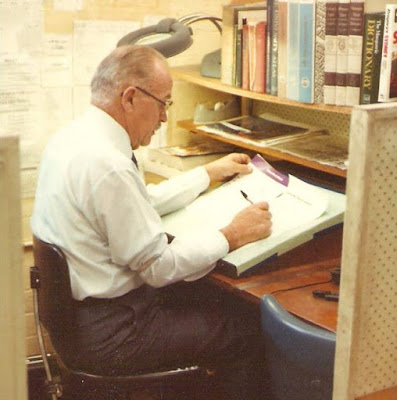 Graying and receding hairlines aside, the Buckle boys have a long association with Information Technology (IT), but of late, Greg has taken on the responsibility of managing a number of retirement villages. Margo and I had the opportunity to tour these villages when we were last in Sydney and it’s a responsibility he doesn’t take lightly. One thing did strike us both though is once Greg had found that a site had a kitchen it took little time to pass before he organized dinner socials. 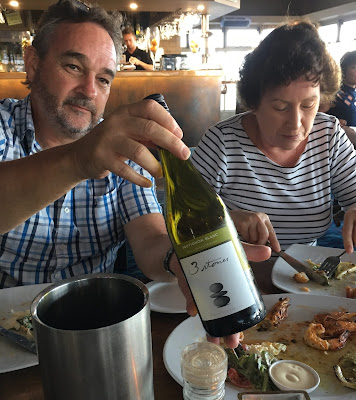 However, in these times where we are subject to a changing world driven by a global pandemic we cannot escape, Greg has taken extra precautions not only for the benefit of retirees but for his family as well. To this end and to better ensure his protective mask did its job, he decided to shave his beard. Looking not unlike the shorn sheep that he showed us when we visited Greg’s wife, Robyn’s, family farm outside of Forbes in country New South Wales. Not in a bad way, mind you, but different nonetheless.

I have to admit it took a while for me to come to terms with Greg’s appearance even as I was unsure whether it was an improvement or not. However, I did understand the logic of it all. Appearance aside, I still couldn’t figure out whether this made him look older or younger. For as long as I can recall the Buckle boys always had beards! 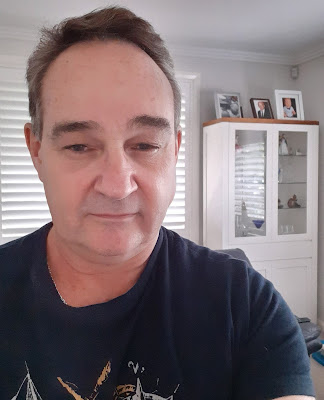 Was it our country heritage and our ties to our Irish ancestors or did it have more to do with our possible ties to Westmorland with its close proximity to Scotland.

For the sake of completeness, there were stories emanating from the Buckle side of the family that alluded to previous generations as new arrivals in England simply because, as Huguenots and escaping France, seeking religious freedom seemed logical. However, did we arrive in England or did we come down from the Scottish lowlands?

Then again, Greg and I (as indeed did our father), liked the occasional wee dram of single malt whisky that originates in the Scottish highlands. Then again too we both enjoy the finer points of Rugby having both played for our school back in our teens. France, Scotland, England – maybe it was the influence of the Buckles after all that brought out the Rugby Mongrel in both of us. 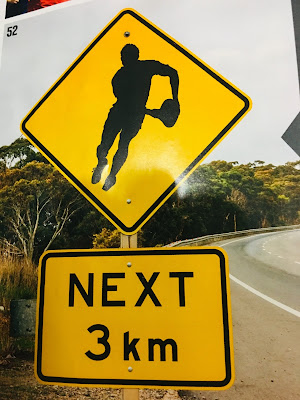 Horsepower, Wine and Rugby – did I mention Greg is as much into cars as I am and only recently came purchased a Nissan 370Z Nismo to which he has added a few touches? Yes, it’s all making sense. Not to put to finer point on it, this is where our paths begin to diverge. As was the case with my father, Greg is mechanically minded whereas the only instrument I know I can use with confidence is the phone.

Greg tinkered with early VW beetles, then Holdens and more and I don’t think that there is all that much that he doesn’t know about cars. During that last trip to Sydney, Greg did hand over the wheel of his car for me to take a lap of Bathurst’s Mt Panorama race track and at no point did he look comfortable with me doing the driving. And take note; I am only including this picture (below) as I think we can safely say, it may have been the only time Greg ever followed the 5 kph speed limit! 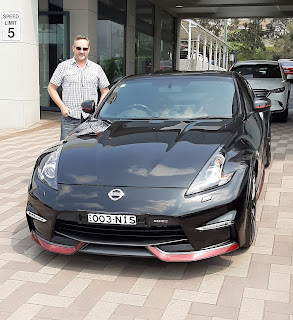 However, in these times where Margo and I have cars being fed by battery tenders with no option to take a road trip, I don’t think Greg is similarly garage bound as he is supporting essential services. On the other hand, he may be exempt from the restrictions in place. The demands on his time, overseeing retirement villages where the aging population must be at risk, may see him making the commute.

None of this should be taken at face value, mind you, as facts are hard to come by. But in these days there is just a bit of fun, indeed intrigue, wondering through the pages returned by your favorite search engine. When it comes to climbing through the branches of any family tree, it’s way too easy to end up going out on a limb. Lord Mayor of London? Clancy of the Overflow? In this instance, I am sure that this may indeed be the case and yet, plenty of opportunity to speculate, right?

And so it is, against this background, heritage and indeed tradition and in full support of my brother, I have followed suit and have shaved my beard. Ahhh, the things we do for family!  When it comes to going out on a limb, what can I say? The family has already voted but that’s a story for another time. All I am looking for now is any comments you care to make as to whether the beard comes back or I stay clean shave - what do you think? 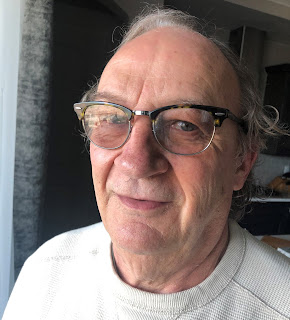 I think you should bring it back. So that's my vote.

Bring back the beard!