Change is happening, gradually; is it time to end this show! 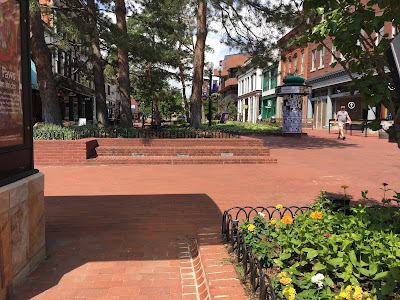 This past weekend we made the trip down to Boulder, Colorado. It would be a stretch to call this essential travel, but Colorado has been gradually lifting restrictions that kept us locked down for so long, so yes, there are more cars on the road. Given how temperatures had started to head well north of 90 F, and the surrounding lakes beckoned, it wasn’t just the presence of many more cars on the road as it was the abundance of boats of all shapes and sizes. And of course, there were plenty of caravans, fifth-wheels and RVs pulling out of driveways following a longer than usual winter hibernation.

It became quite a game for Margo and me to point out unusual cars as there were plenty of shiny toys to take in. Not clear whether there was a car show nearby but a mix of antique Fords, hot-rod Chevys and jaw-dropping exotica made for a fun drive down Colorado’s less frequented byroads. However, when we arrived in Boulder and looked up and down Boulder’s famous Pearl Street Mall, it was as if we had suddenly passed into the Twilight Zone. Virtually devoid of all foot traffic, it was a scene unlike any we had seen at any time in our twenty plus years of living along Colorado’s Front Ranges. 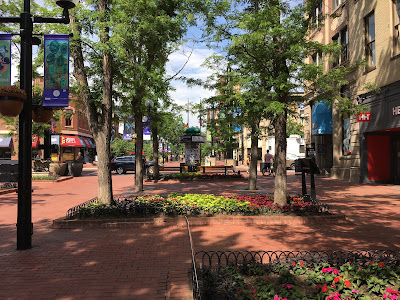 Looking west towards the mountains and over Broadway, seeing a car or two wasn’t out of the ordinary, but being able to take a picture with just one or two pedestrians well, reminded us of photos we have received from friends that were taken from the air. These photos highlighted empty airports and empty carparks alongside some of America’s most famous entertainment and amusement venues. It’s as if film-makers have descended on these popular venues, cleared them of all traffic all for that apocalyptic portrayal of a society snatched away. Bereft of anything looking like the usual foot-traffic expected at this time of year, simply walking along the Pearl Street Mall felt eerily unreal!

Boulder is a very big college town with Colorado University (CU) students usually flooding into bars and restaurants at this time of year, but the campus is mostly quiet. We have read that the gridiron coach is anxious to hold his first scrimmage for the year noting, as is usual at this time for the CU team, that improvements had to be made offensively, defensively and with the special teams. This left no doubt that the whole team really had to lift their level of performance before they achieved similar successes to teams decades ago. Who can remember the “Bedlam in Boulder” event when in 2001, a much lesser ranked CU Buffs knocked off the #1 ranked team in all of NCAA football - those dreaded Cornhuskers from Nebraska. Following that thumping big 62-36 rout, you couldn’t move on the Pearl Street Mall later that afternoon! 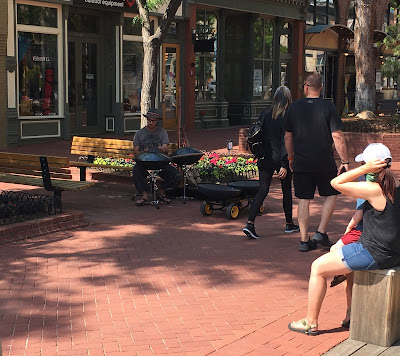 Students weren’t present in numbers but in a couple of places there were families out enjoying all that the Mall offers. There was even a lone street musician on hand to entertain those looking for something that would take their minds off the day-to-day worries that seemed to have infected all of us. Boulder was still one place where entrance into stores was being managed and face masks were universally being worn. Stopping for coffee at one small café meant pulling down the mask and as I was the only patron of the store, this was deemed OK so long as I stayed behind the clear plastic partition and maintained six feet of separation throughout the interaction with the barista.

I took the better part of an hour to traverse the length of the mall and I checked out a couple of the stores I regularly visit – couldn’t find a jar of Vegemite, mind you – but the unnatural mood of the place (with those melodious steel drums breaking through the morning’s stillness) left no doubt in the minds of any of the passing pedestrians. This show is becoming tedious and we all want to see change. There’s no doubt we have to move forward exercising a lot of caution, but the time looks about right to ease back into lifestyles we have all enjoyed for eons. 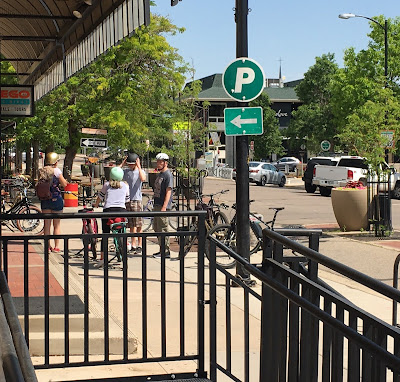 The presence of a sole musician wasn’t the only visible sign of life, as we knew it. The bicycle tours around Boulder were starting up but again, with limited participants but overhearing the conversations, it was clear that there was an anxiousness to get started. Peddling along the cycle lanes so prominently marked in Boulder was further evidence that it’s really hard to hold back those who do want to take time to enjoy their time in Boulder. This is summer and businesses depend so much on tourism and with the student population not to be seen, just a handful of folks looking to cycle around the mall were a much-appreciated contribution to something that looked like change was beginning to take hold.

Coming so soon after we had driven to Estes Park and then just a short time later to Carter Lake, the uptick in traffic even to those much-hyped Colorado sites was a reminder that times can only get better. For those of us who lived through the eight days, 1,000 year rain and yes, the 100 year flood of 2013 thought that this was going to end Boulder’s popularity for some time. And yet, as road after road began opening up, the traffic gradually returned to normal and yes, laughter returned to the Pearl Street Mall. There was a cacophony of sound that would have easily drowned out the playing of a lone steel-drum and no need for football revelers for pedestrians up and down the Mall to realize that the trip to Boulder was worthwhile.

And yes, even as the crowds have yet to return, the beard is back! 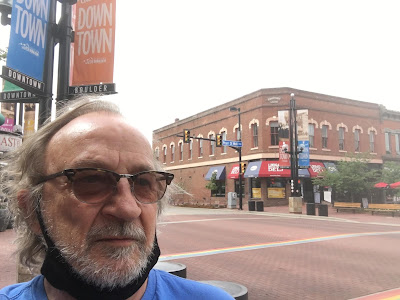 When the job opportunity to move out of California and take up residence in Boulder came about, I wasn’t really sure what to expect. The day I arrived for that final interview it was snowing and grabbing a taxi I wasn’t sure what to expect as we headed to the Mall. Just one street back from the Mall was the even-then famous restaurant, the Med, and that evening’s dinner, as the snow fell steadily, set the tone for the rest of my time in Boulder. There was a real buzz about the place with packed tables everywhere I looked and as the meals were brought to the table and as the conversations became even more energized, right then I knew I had made the right choice.

Sadly, unintended or otherwise, one consequence of this global pandemic is that news just broke that the Med, along with its two sister restaurants, would not be reopening, no matter the outcome of any upcoming return to normalcy. It was our daughter Anna that first broke the news in her post to Facebook and with this news it was as though a small part of the Pearl Street Mall experience was gone as well. But the Med wasn’t alone in closing for good as the Mall has lost its only Starbucks as well. People, music and the food have played such a major part in ensuring the Mall had been the highlight for visitors to Boulder and with the quietness of the day that prevailed, it seemed that the soul of Boulder had departed. It will likely return but it will also likely be different as there’s no certainty that the venue will come back with the same feel as it once had and that’s the hard part to take when you think of normalcy prevailing at some point. 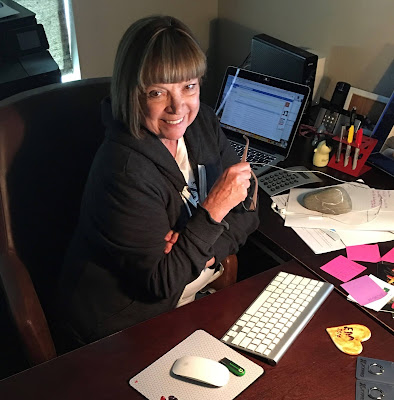 We continue to work out of our home office. Margo has her office on the main level whereas my office in downstairs next to the bar, wine cellar and our new media room. Appropriately enough, we both muse, and as each day winds down it’s always my last obligation of the afternoon to mix a martini for us both. Closure for the day with a timely chilled glass seems right and with it being the height of summer it also means time spent out on our deck. The days are long with the sun setting after 8:30 but with the skies still bright for much longer as evident with golfers still making plays along the fairway. But even with the 40 plus mile trip to Boulder behind us, getting back to work didn’t faze us in the slightest.

The reason we took that trip was for Margo’s benefit. After a long period of closure, her favorite hairdresser had reopened and the timing couldn’t have been better, according to Margo. There was much work to be done she had informed me earlier in the week. The bleached blonde look became a memento of the past – a reminder of our February South Pacific voyage – and as we were heading into prime conference season, the more professional look was being preferred. Will we ever get to these conferences planned for later in the year has us keeping our fingers crossed but already, flights in and out of Europe are beginning to pick up so it’s really anyone’s guess as to how quickly the business community embraces this evolving normalcy we are all part of. As for Margo and me, we remain flexible and quite prepared for whatever happens.

With cocktails behind us and dinner about to be served, it’s still worth noting that the show will likely be going on sometime soon but yes, whatever course it runs, for Margo and me it’s evident that we, like most of you we suspect, will find ourselves being entertained with a brand new show. Hairdressing salons opening, cafes happy to serve just a few customers and cars filling the streets are all harbingers of changes still to occur but it’s always good to know, this show – the very lives we live – will go on and with that, stay safe of course, avoid touching MEN (Mouth, Eyes and Nose) and we should get through it all, together. 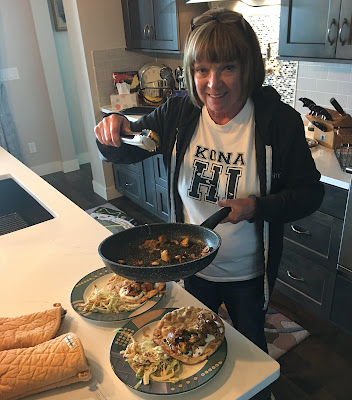