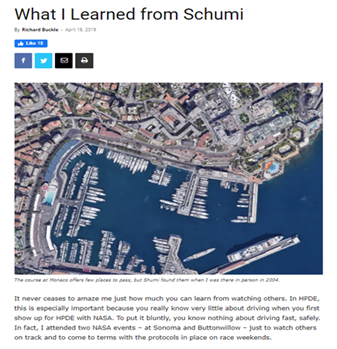 There have been numerous occasions where I have been able to watch famous race car drivers in action. My very first taste of actual real world club racing occurred when a friend of mine and I trekked out to Sydney’s then only real racing circuit at Warwick Farm. Over the years it had been the site of the Australian Grand Prix as well as numerous rounds of the Tasman Series. What made this course an attraction for many was how many F1 drivers came down under during the European off-season to try their hand, competing with the locals.

If Warwick Farm was my first taste, my interest grew considerably when I owned a track-worthy Torana SLR5000 and finagled my way onto Mt. Panorama the Sunday morning of the big race. The 1974 Hardie-Ferodo 1000 endurance race for off-the-showroom-floor “touring cars!” And yes, very quickly and out of sight of officials, my parade lap become a lot more than a Sunday drive through the mountains. Having the chance to sit by the fences throughout the race it brought up close and personal to drivers like Colin Bond, Allan Moffat and the king of the mountain himself, Peter Brock.

As much as I was able to watch the racers manhandling the cars through the corners, it wasn’t until decades later that I managed to see Michael Schumacher at work. Sitting in the grandstand opposite Monte Carlo’s famous Casino, Margo and I were able to observe the “body language” of perhaps motor sports most decorated racer. I had been to Long Beach for the running of the 1977 US Grand Prix West won by Mario Andretti but it was far removed from the intimacy on hand in Monaco and when Michael sniffed a chance for a win, he went for it. We could actually see the increase in concentration and his determination was visible to all.

After spending months down under, mostly in and around Sydney, Australia, my wife Margo and I found ourselves strolling around the art gallery of Billich. If you aren’t familiar with his work he is, apparently, the only Australian artist with a painting hanging in the Vatican and this time, we stood awestruck in front of one of his latest – Shanghai Shumi. It was a cityscape that combined Shanghai with a depiction of Michael Schumacher piloting his Ferrari to his last ever F1 win, back in 2006. The artist did misspell Shumi, dropping the c, but we can forgive him for that small oversight as the depiction of Schumacher flat out on the Shanghai circuit is impressive and a constant reminder to us both of the time we spent trackside in Monte Carlo.

This was the background to the seventh post I had published in NASA Speed News back on April, 2019. All weekend enthusiasts looking to improve their performance on track and as I posted at the time, it never ceases to amaze me just how much you can learn from watching others. On the other hand, this post was also the first time I gave my readers the first inkling that together, Margo and I were heading towards retiring from weekend events but you will have to read the whole post to get the full story. 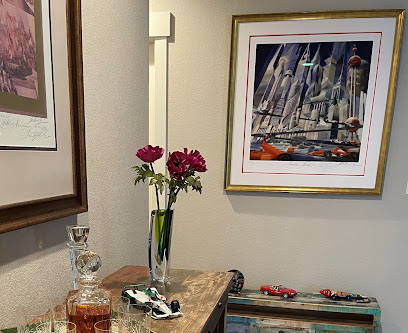 What I Learned from Schumi

It never ceases to amaze me just how much you can learn from watching others. In HPDE, this is especially important because you really know very little about driving when you first show up for HPDE with NASA. To put it bluntly, you know nothing about driving fast, safely. In fact, I attended two NASA events – at Sonoma and Buttonwillow – just to watch others on track and to come to terms with the protocols in place on race weekends.

Of course, we have all watched auto races at some point in our lives. After talking with other first-time participants at a NASA HPDE weekend, it’s clear that the “racing bug” bit hard after watching one event or another, whether live or on television.

I have just returned from Germany and before that, Australia. It’s hard not to be a car enthusiast in either country and, walking the streets of Munich, Margo and I saw two BMW disguised test mules, both a variation of some sorts of their new “8 series.”

It was in 1974 that I took my first trip to Australia’s famous Mt. Panorama road course, just outside the city of Bathurst, to watch what was then called the Hardie-Ferodo 1000 for Group C Touring Cars, a predecessor to the Aussie V8 Supercar events now popular even with the most casual of car racing fans in America. Naturally enough, on this most recent visit, I borrowed my brother’s Lexus sedan and did a lap. Back in 1974, I had a Holden Torana SLR 5000, and early Sunday morning, before the track was closed for the event, I joined other drivers of this particular model for a little faster than a parade lap around the old course.

Bathurst in 1974, Long Beach Grand Prix 1977, Monaco in 2004, Long Beach for the American LeMans Series in 2010 and yes, Sonoma in 2018 for Indy. I’m still missing the Indy 500 and Daytona, but that situation will be addressed in due course. Watching these races, walking the pit lanes whenever possible, talking to Indy car team owners, talking to drivers, and simply taking in as much as possible is a great way to learn more about racing and to prepare for participating in any NASA event. Through the years, NASA has held events at some very famous tracks around the U.S., including Circuit of The Americas, Watkins Glen, Laguna Seca and the like. If you have any interest in history, participating in HPDE events with NASA in your family Honda is a great way to check out racing history, even as it is still being written.

What have I learned from Schumi? At the F1 race in Monaco, we noticed a distinct change in body language that was visible from where we sat in the stands opposite Monaco’s famous casino. Schumacher had been stuck in a line a good distance from the leader, but all of us sensed the sudden change in demeanor as he attacked everywhere on the course. This course offers few places to pass, but he managed to find them. A change in body language? The intensification of his concentration if you can call it that, reflected in an obvious change in the way he was seated in his Ferrari, was just one clue that he was now on a charge. More importantly, for a novice HPDE driver, was the etiquette on display — drivers moved out of the way as soon as they realized it was Schumi in their mirrors! As competitive as they were at all times, these drivers had a sense that he was on a different level that day.

Margo and I will find our way to a NASA event sometime this year as our calendars allow, although Margo is now officially retired, but I have to admit openly, I am still learning. Ten years on with NASA, I am the first to admit I don’t know it all and certainly, I am not performing at my optimal. But I will continue to watch others performing well and will continue to talk to my peers. Most of all, I am going to find the time to simply take it all in for what it represents. NASA HPDE drivers are writing their own history and for that, it makes all those hot days out on scorching desert tracks all worthwhile! 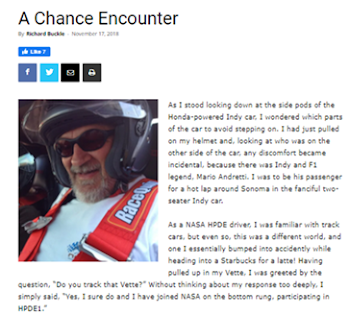 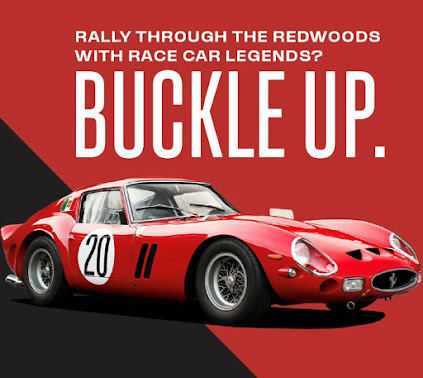 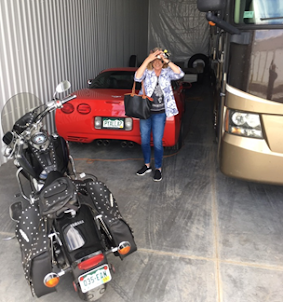