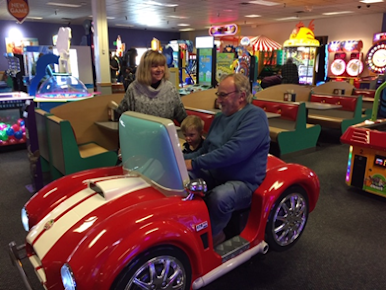 Indy cars driver, Colton Herta, is very much in the news of late and I have covered him in numerous posts to this blog but it’s a pure coincidence that he just happened to be referenced in this penultimate post to the National Auto Sports Association (NASA) publication, Speed News. However, there is a lot more to cover this time then just references to Colton. In particular, rereading this post I was reminded of a recent email from my good friend and colleague, Robert Rosen. “Think about where and how to go off the track if necessary,” Robert wrote. Particularly if you show up for your first track experience in a bright red powerful car!

And this is very good point to make to every reader who is being encouraged to take their car to the track. As you get into the post below you will read of how, our SoCal NASA region’s chief instructor, told this one particular group of first-timers, “Yes, you will drop two wheels on occasion and perhaps even have all four wheels off the track, but ultimately, you have to learn the track before you begin to add just ‘a mile per hour in the corner, every time.’”

To say Margo and I have stayed firmly on the racing line the whole time would not only be misleading but totally miss the point. Sessions on track with NASA are only 20 minutes long and there are just four sessions each day. However, it is that very first session where you take in your surroundings, look for the flag marshals and most important of all, think about where you might overcook a mid-turn or turn exit and where your “off” exit might take you.

Fortunately, for the tracks where SoCal ran its events, all but one were fairly safe in terms of offs. Buttonwillow was perhaps the safest as the only concrete paralleling the main street and only for the brief period is when you cross the start / finish line. Willow Springs International Raceway, or Big Willow as it’s better known, has similar concrete alongside the main straight but the exit from turn 9 can be a problem, depending on where your “off” happens to start. As for the roval at the Auto Cloud Speedway in Fontana it is concrete everywhere, even surrounding portions of the infield.

All of which is to say, before you can go fast and before you even begin thinking about taking additional, albeit small, increments of speed know where you are at all times and be prepared to “eat the dirt,” literally!

Below is that post to the Speed News where the topic is all about going faster: 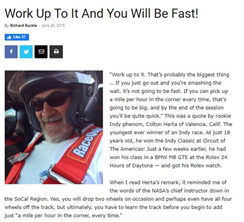 “Work up to it. That’s probably the biggest thing … If you just go out and you’re smashing the wall, it’s not going to be fast. If you can pick up a mile per hour in the corner every time, that’s going to be big, and by the end of the session you’ll be quite quick.” This was a quote by rookie Indy phenom, Colton Herta of Valencia, Calif. The youngest ever winner of an Indy race. At just 18 years old, he won the Indy Classic at Circuit of The Americas! Just a few weeks earlier, he had won his class in a BMW M8 GTE at the Rolex 24 Hours of Daytona — and got his Rolex watch.

When I read Herta’s remark, it reminded me of the words of the NASA’s chief instructor down in the SoCal Region. Yes, you will drop two wheels on occasion and perhaps even have all four wheels off the track, but ultimately, you have to learn the track before you begin to add just “a mile per hour in the corner, every time.”

I have to admit, when working with my instructors the first few years at NASA, I’ve learned that becoming humble is a natural outcome. The HPDE program is probably better expressed as Humility Preferred Driver Event. Most important of all – it’s all about working up to it. No driver ever shows up for his first HPDE event knowing everything, even if he demonstrates a level of race pace right out the gate.

By now though, you have made good progress through the first levels of HPDE, and as Herta advised, you have added a couple of mph per corner and watched as you carved seconds off your lap times. You have had your car’s brakes upgraded — big brake kits are now commonplace among HPDE drivers — and you have had your first outing on R compound tires. You have a real racing seat and you have installed the correct harness setup, and all your fluids have been upgraded to handle the additional heat that comes with speed. Even your power steering fluid has been upgraded!

You are now ready to join the ranks of the HPDE3. You have worked up to where you can be considered a candidate. Your instructor has signed off on you, and you completed your check ride without incident. So, I will let you in on a little secret: HPDE3 drivers are really good. For many participants at NASA events, it’s not about becoming a racer and it may not even be about Time Trial. There will be those highly experienced drivers with well set up cars that are happy to circle the track in HPDE3, so be prepared. Watch who is on track in HPDE3 for an event or two and get to know their skill levels.

Depending on to which NASA region you belong to, there will be slightly different requirements for transitioning to HPDE3, but if it’s been a while since you dropped four wheels and it’s been observed by the instructors that you communicate well with those around you, then, in all likelihood, you will progress to HPDE3.

However, here is another little secret I can share: Not all HPDE3 programs are the same across all regions. Make sure you listen to the group leader. There is a thing about point-by’s. In some regions, they are mandatory whereas in others they are appreciated, but aren’t mandatory. Furthermore, HPDE3 doesn’t start out with open passing because the participants are still reigned in until the NASA leadership sees competent driving and good communication taking place. The number of passing zones will increase to where it is almost open, except in corners for the most part.

HPDE covers a wide variety of skill levels and experience, and not everyone showing up for NASA events have the intention of pursuing anything more than HPDE3. I count myself as one of those drivers, and anyone can continue “working up to it” and stay in HPDE3. It’s fun, safe, and we are all rewarded with a sense of accomplishment each time we pass that checkered flag with our car in good shape, with the doors intact, plenty of rubber left for another couple of sessions and a gleam in our eye. Sorting out what to keep and what to trade … 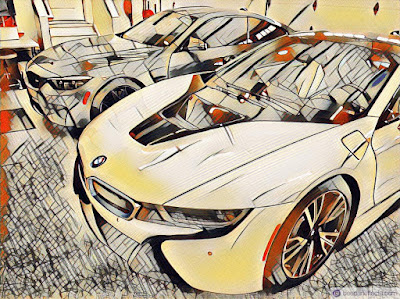 When did the mighty BMW M4 become a grand tourer and when did the even more magnificent BMW i8 become a supercar? Given how the i8 stole the show in the Mission Impossible movie when Tom Cruise’s character said “wait till you see the car!” It was his only comment as he unloaded munitions and transportation from an air transport plane. On the other hand, trying to squeeze each and every car into a recognizable category these days when crossovers cover so much territory is becoming next to impossible. Do we really need cars like the BMW X6 M or the even rounder and more unsightly Mercedes Benz GLC Coupe? The world of cars has gone mad, I tell you. With snow falling here in Windsor, Colorado, (as unexpected as it is these days given how it still is winter) it’s time, once again, to explore the topic of which five cars to keep. Well, at least for the next year or so and it is timely as once again, Margo and I find we have five cars in the garage, storage and on the driveway. Spread
Read more

Did someone say “Road Trip?” 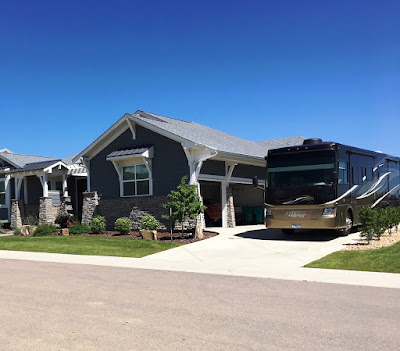 After a very peaceful time at home in Windsor, Colorado, it was time to pack the company command center and hit the road to our first business event of the year utilizing the RV. As much as we do not like it we have flown to previous events as they were held in Europe … it was just too far to drive! This roadtrip would begin with a stop in Las Vegas for HPE’s big tent marketing event - HPE Discover 2019. Once again, I had been invited to be a guest of HPE and to be a part of the HPE Influencer program which, thankfully, means Margo and I will have a nice hotel room so there will be no overnight stays in the RV during these sunny Las Vegas days. If you have been following this blog through the years you will understand that while we really enjoy taking the RV on business trips, Las Vegas isn’t a place where we like to camp-out as temperatures are well and truly always in the very hot range, with rarely a day under 100F. On the other hand, this would be a prelude to a long weekend
Read more